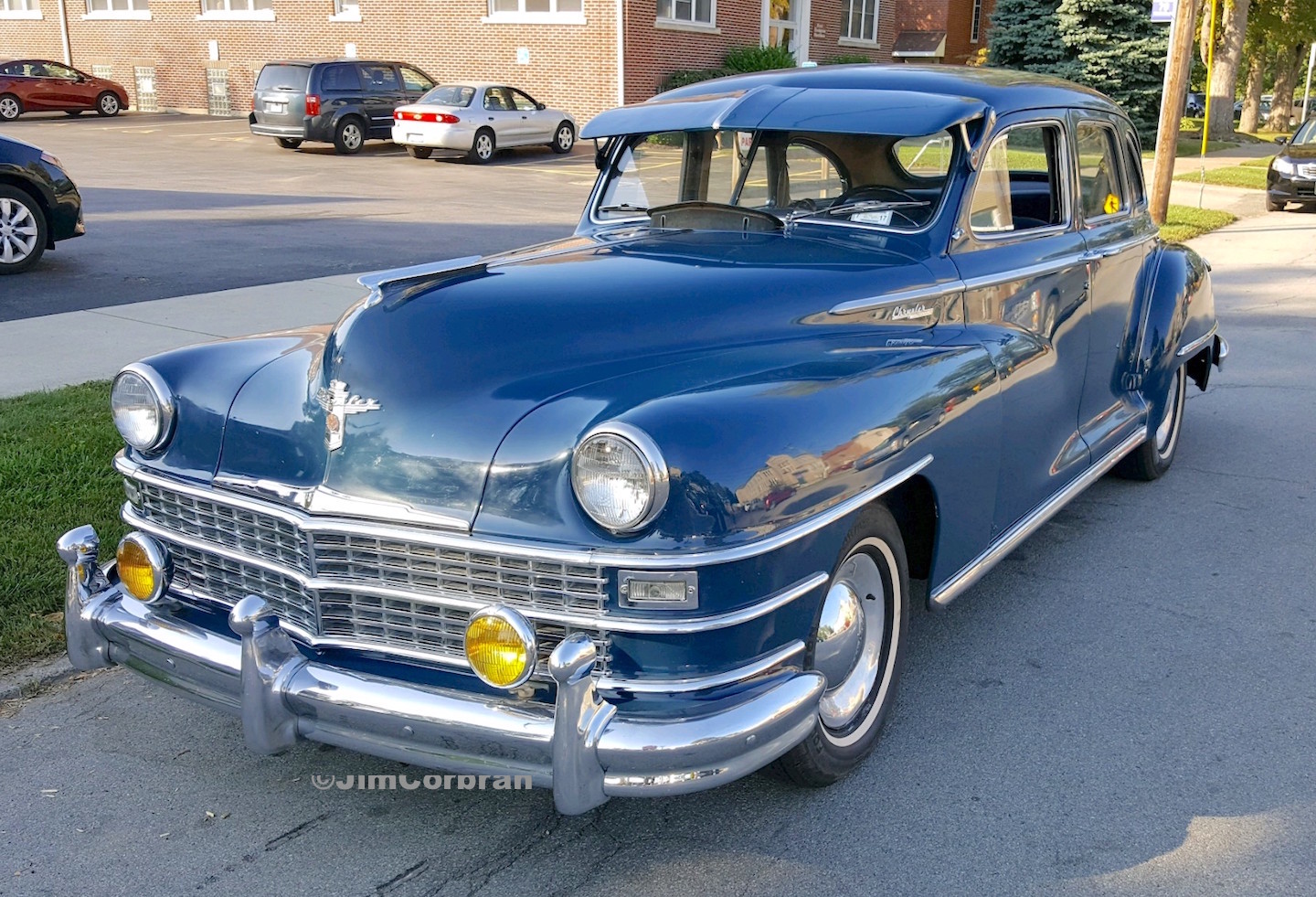 This 1948 Chrysler’s styling pretty much dated back to 1942, when sales were curtailed due to America’s entry into World War II. When the war ended, people were hungry for new cars and most manufacturers went back to their old lineups until new models could be tooled-up and production started. For some car companies it was a longer process than for others. Chrysler didn’t get any new designs into production until the spring of 1949. Similarly-shaped Dodges and Plymouths of the era were favorites of taxi companies, as you can see in almost any late 1940s period movie. Saw this fine example in Tonawanda.