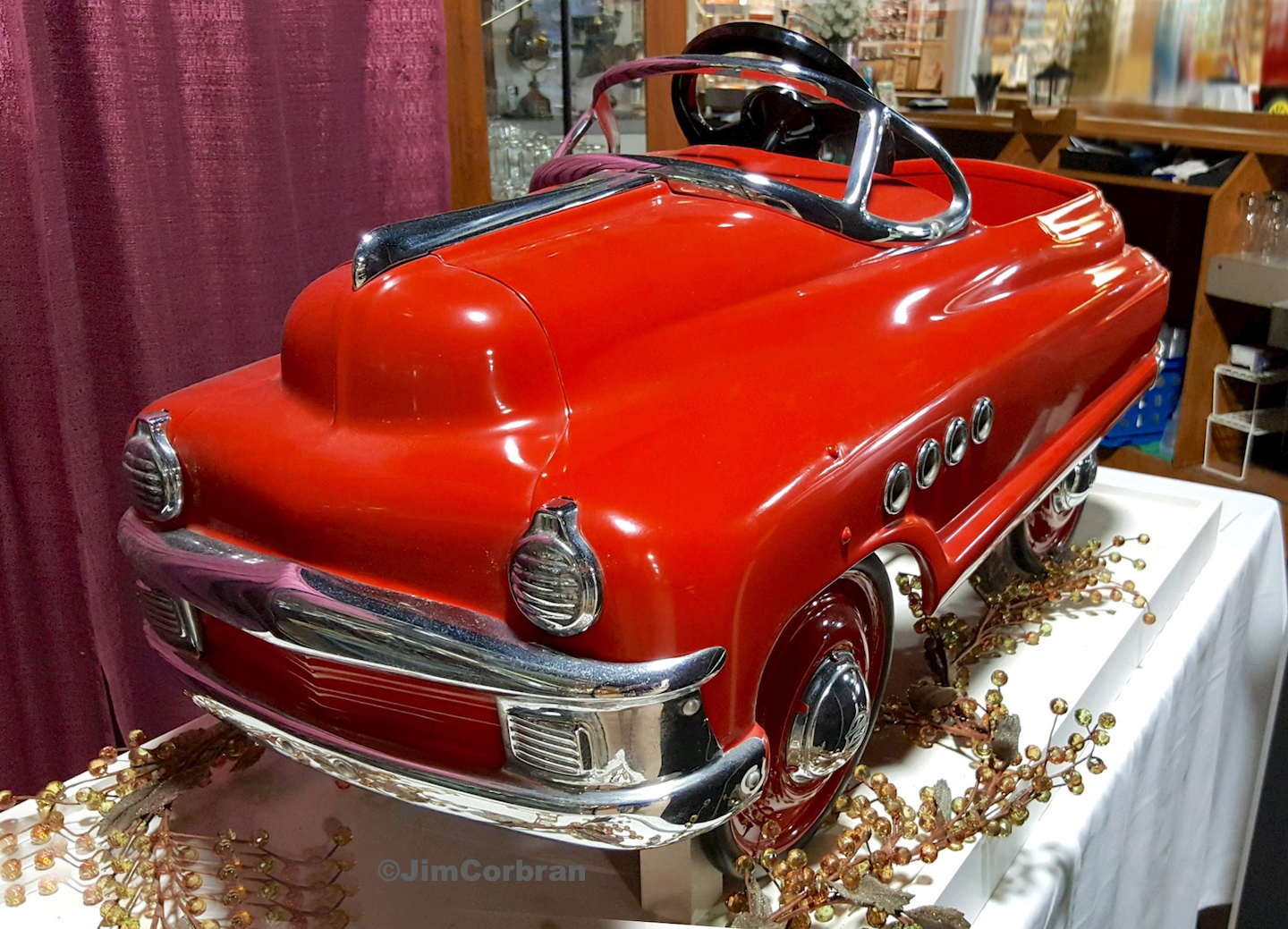 People of a certain age (me) will immediately recognize today’s RealRide as a Murray pedal car. The even more knowledgeable amongst you will know that it’s a Murray Comet/Torpedo, and that the four pseudo portholes on the front fender mean it’s a Torpedo Roadmaster. When I was a young lad of five or six, my own first RealRide was the very familiar-to-most blue Murray Champion, which I put a gazzilion miles on before learning to ride a bike (and was allowed to cross the street!).This red Roadmaster can be seen at the Buffalo Transportation Pierce-Arrow Museum in downtown Buffalo.