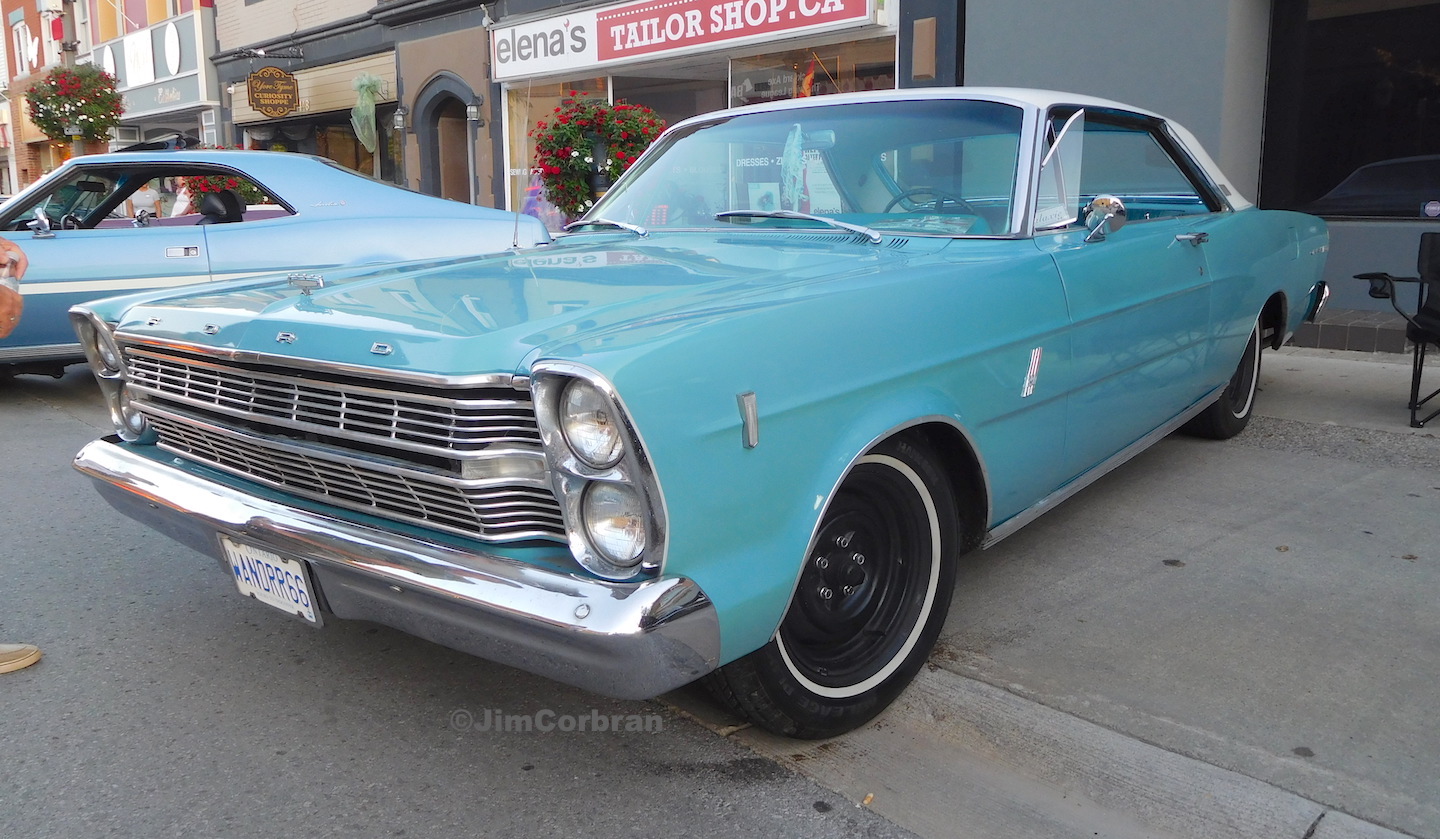 This 1966 Ford Galaxie 500 was seen a couple of weeks ago at the final Cruisin’ On the Q car show of the 2017 season in Niagara Falls, Ontario. This two-door hardtop is similar to the one I took my driver’s test in back in 1970, except it’s a year newer, and has the big 390 cu. in. V8 (Dad’s ’65 had a 352 4-bbl). I imagine this one’s nice condition can be partly attributed to Canadian highway crews’ aversion to the wintertime useage of road salt.