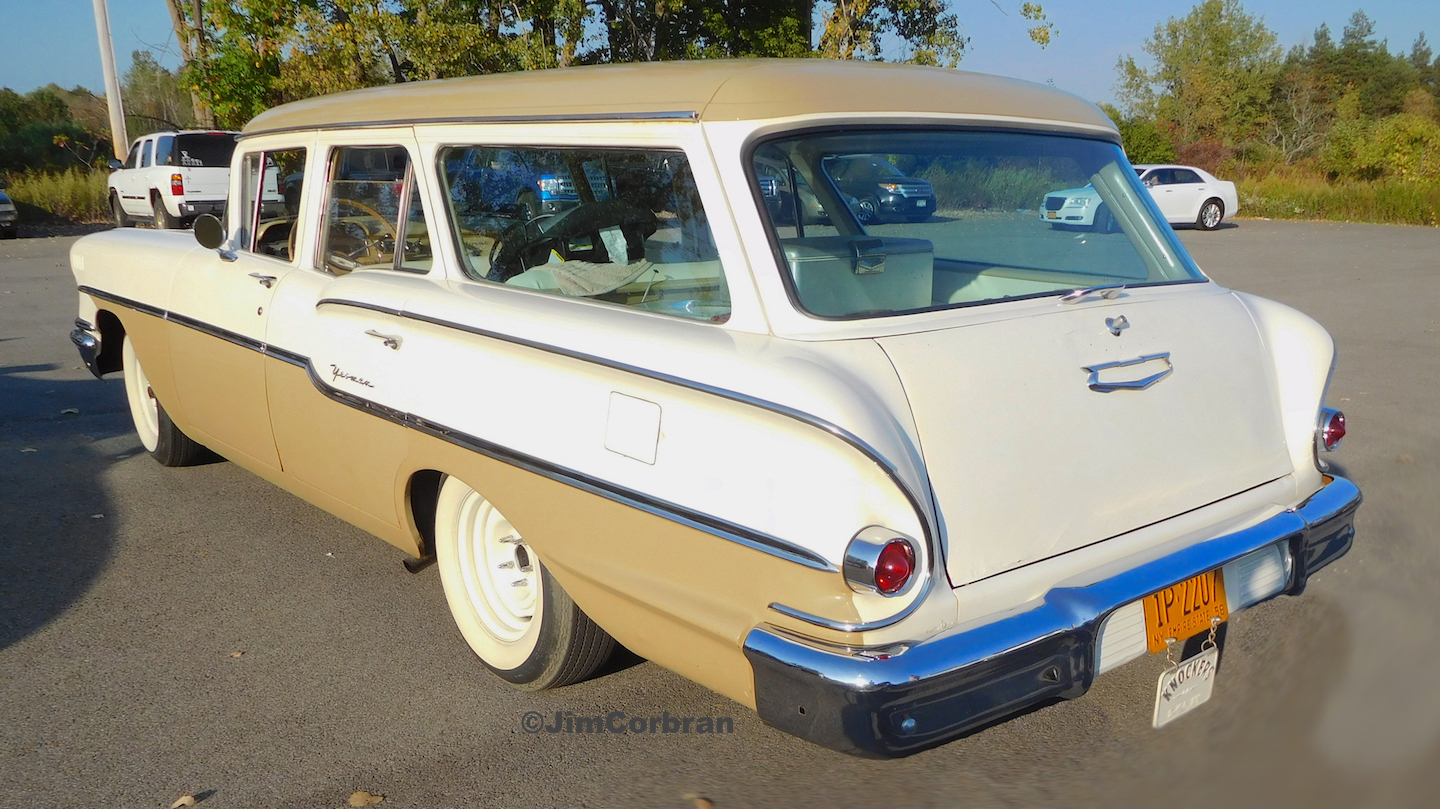 Not often you see a 1958 Chevrolet Yeoman anymore. It was a one-year-only model name that Chevy hung on its least-expensive wagon, a six-passenger model in both 2- and 4-door versions. The cheapest ’57 was the One-Fifty Handyman, while in 1959 the honor fell to the Brookwood. That’s a shame, because I always thought Yeoman was a great name — it traditionally means someone (or something) useful, which an inexpensive station wagon certainly was! Saw this one at the final Variety Club car show of the season a short time ago in Lancaster.