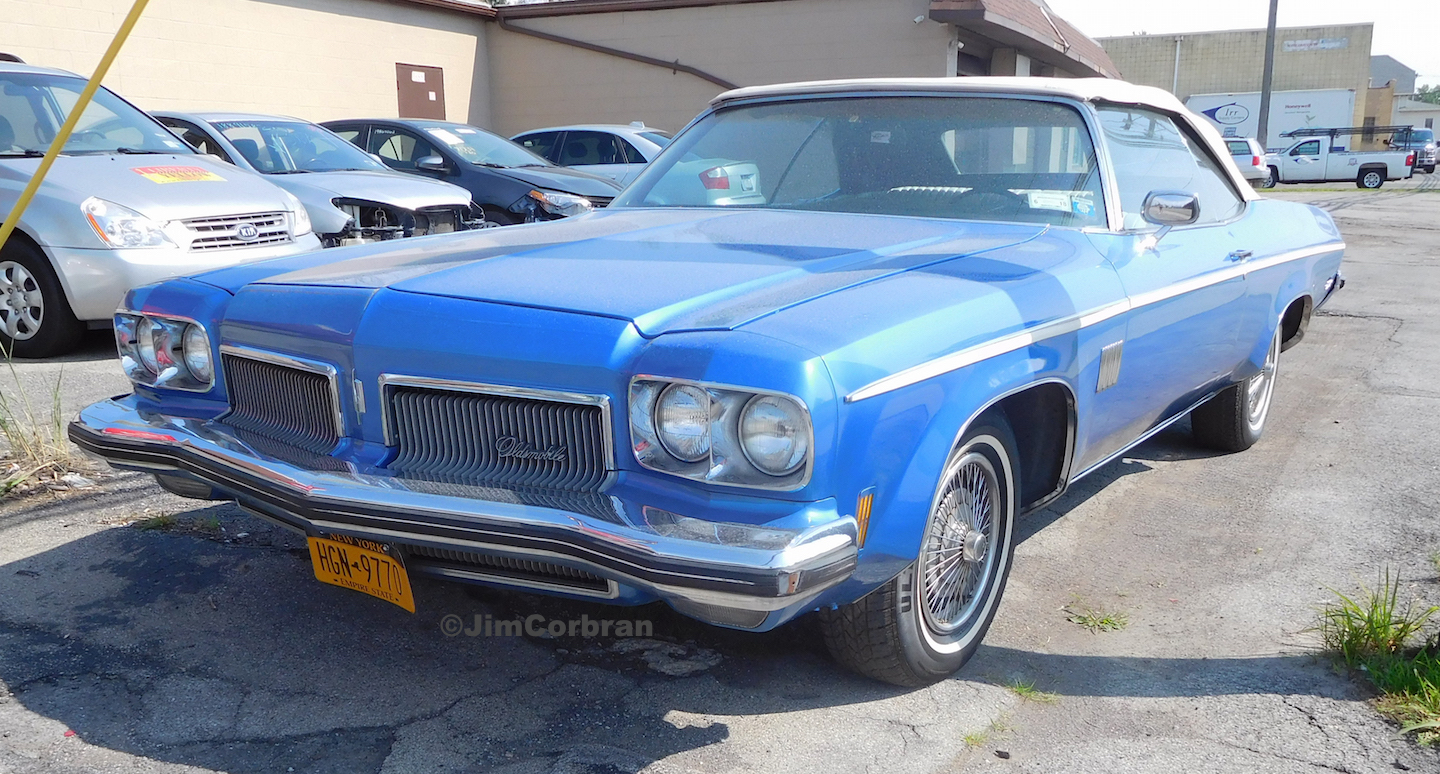 Some cars of the 1970s (this week’s featured decade) were a little more glamorous — like this 1973 Oldsmobile Delta 88 Royale. Landing right around the middle of the full-size Olds lineup, the Royale came standard with Olds’ Rocket 350 V8 with a 2-bbl carburetor. If you felt that was too puny to move a 4,300-pound car, you could opt for the Rocket 455 V8 and a set of dual exhausts. Might have been an iffy proposition though, as we were just entering the first of many gas crises, which made the huge American V8 engine somewhat of an outcast as the buying public scrambled into smaller, more fuel-efficient cars. Saw this one over the summer in Tonawanda.