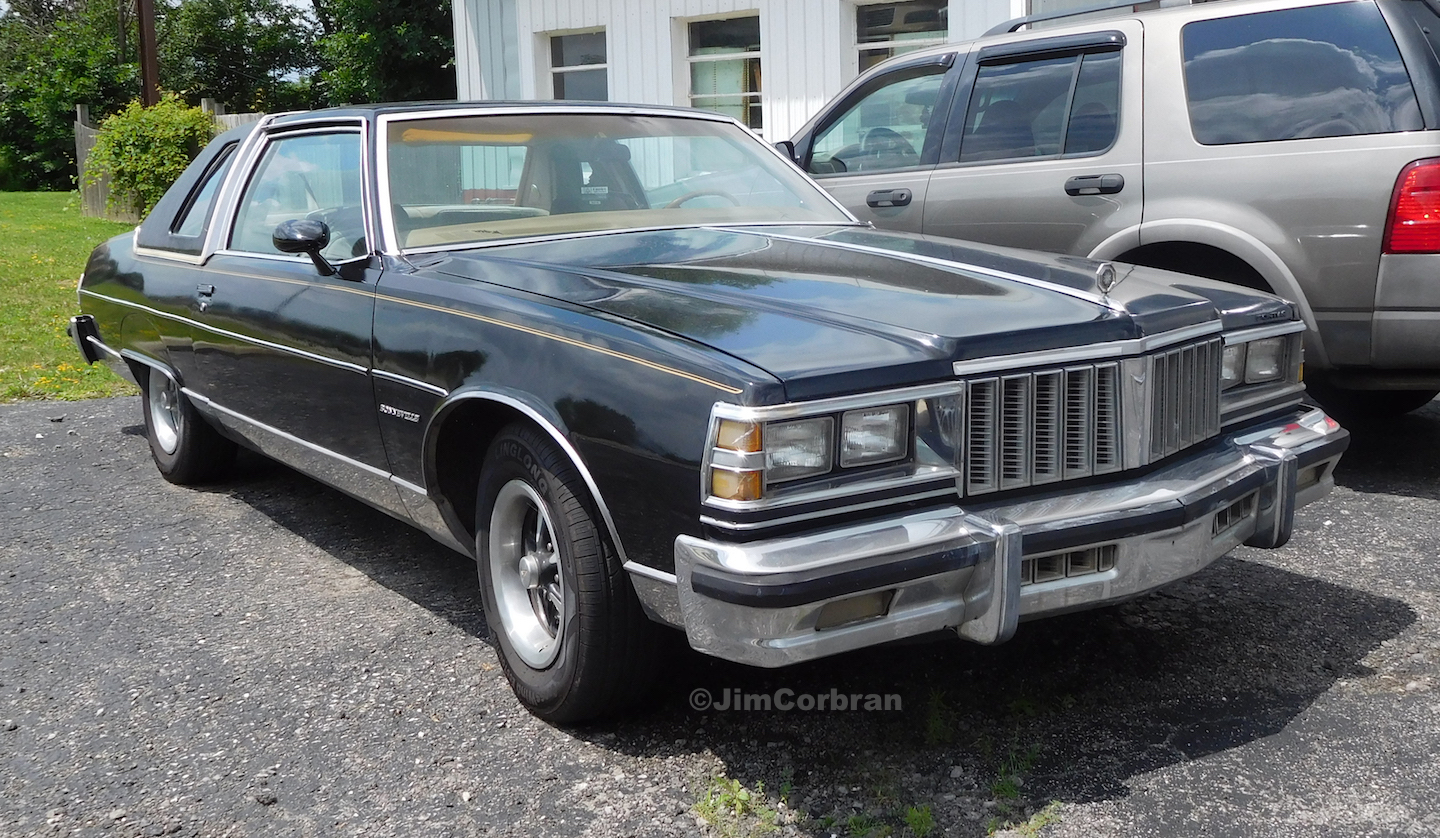 What would a week of the 1970s be without at least one downsized GM model? Here’s a 1979 Pontiac Bonneville Brougham (which seems to be missing the Brougham emblem), looking every part the Disco-era car with its padded landau-style roof, fender skirts, and enough chrome to blind Russian cosmonauts. Pontiac’s standard V8 was advertised as being a 301 CID (4.9L) engine, even though when the engine debuted for 1977, Pontiac advertised it as a 5.0L. Saw this one in Tonawanda.