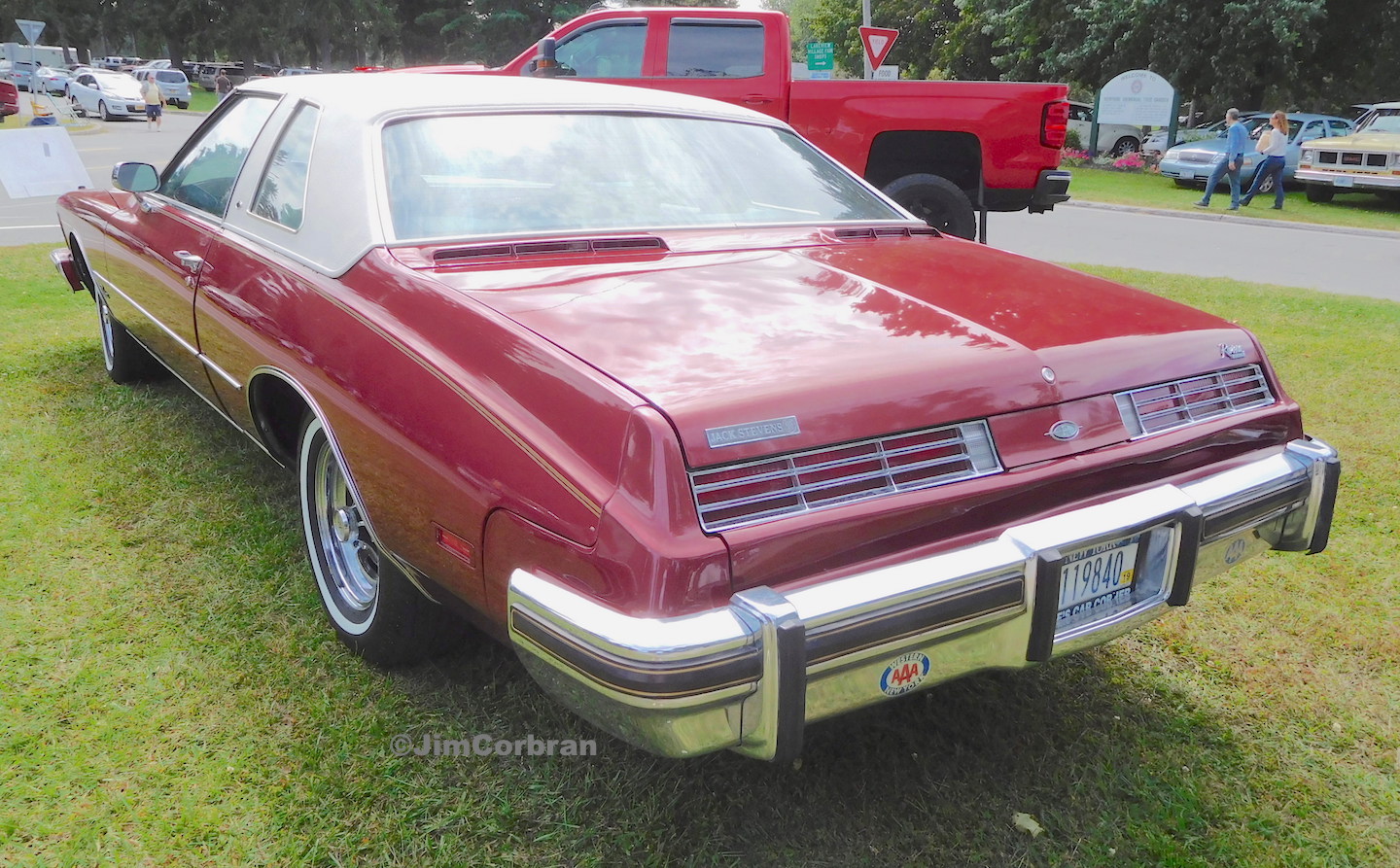 One more from the 1970s decade, a 1974 Buick Riviera, seen parked outside of last summer’s huge car show at Olcott Beach. This one was looking for a new owner, and according to a sign in the window it had Buick’s 455 V8, just under 36k miles, a flawless interior, and it “drives like a dream.” The dealer emblem on the trunklid tells us it was sold at Jack Stevens Buick, a dealership which was on Delaware at Hertel before buying the Knoche Buick-Cadillac-Opel dealership on Camp road in Hamburg in 1974.