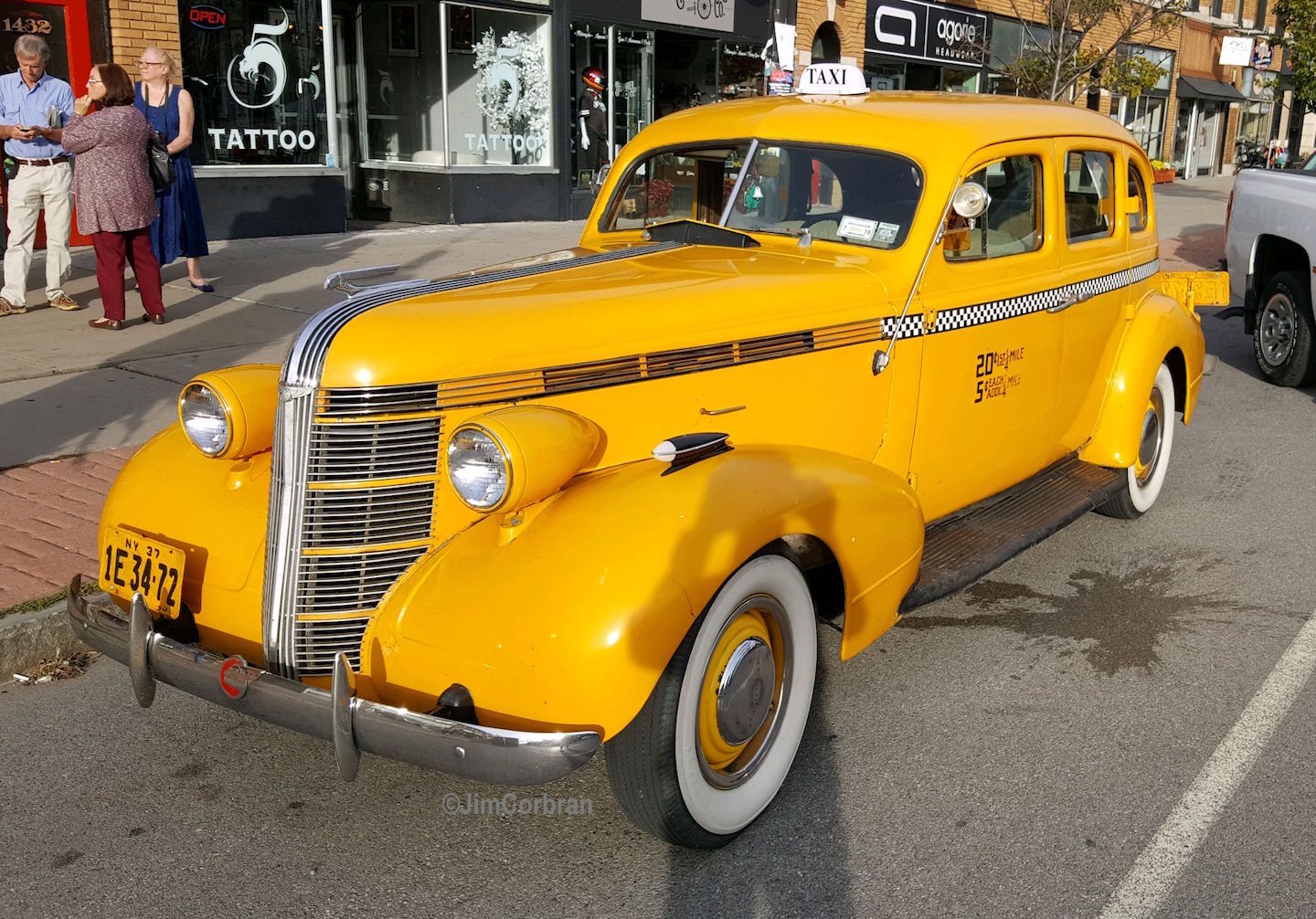 This 1937 Pontiac taxi was parked in front of Buffalo’s North Park Theatre this past Saturday for a special screening of Barry Levinson’s 1984 movie The Natural, much of which was filmed in and around the city back in 1983. This car was used in some of the scenes, and according to a story in Sunday’s Buffalo News, the then owner of the car played the taxi driver in the movie.