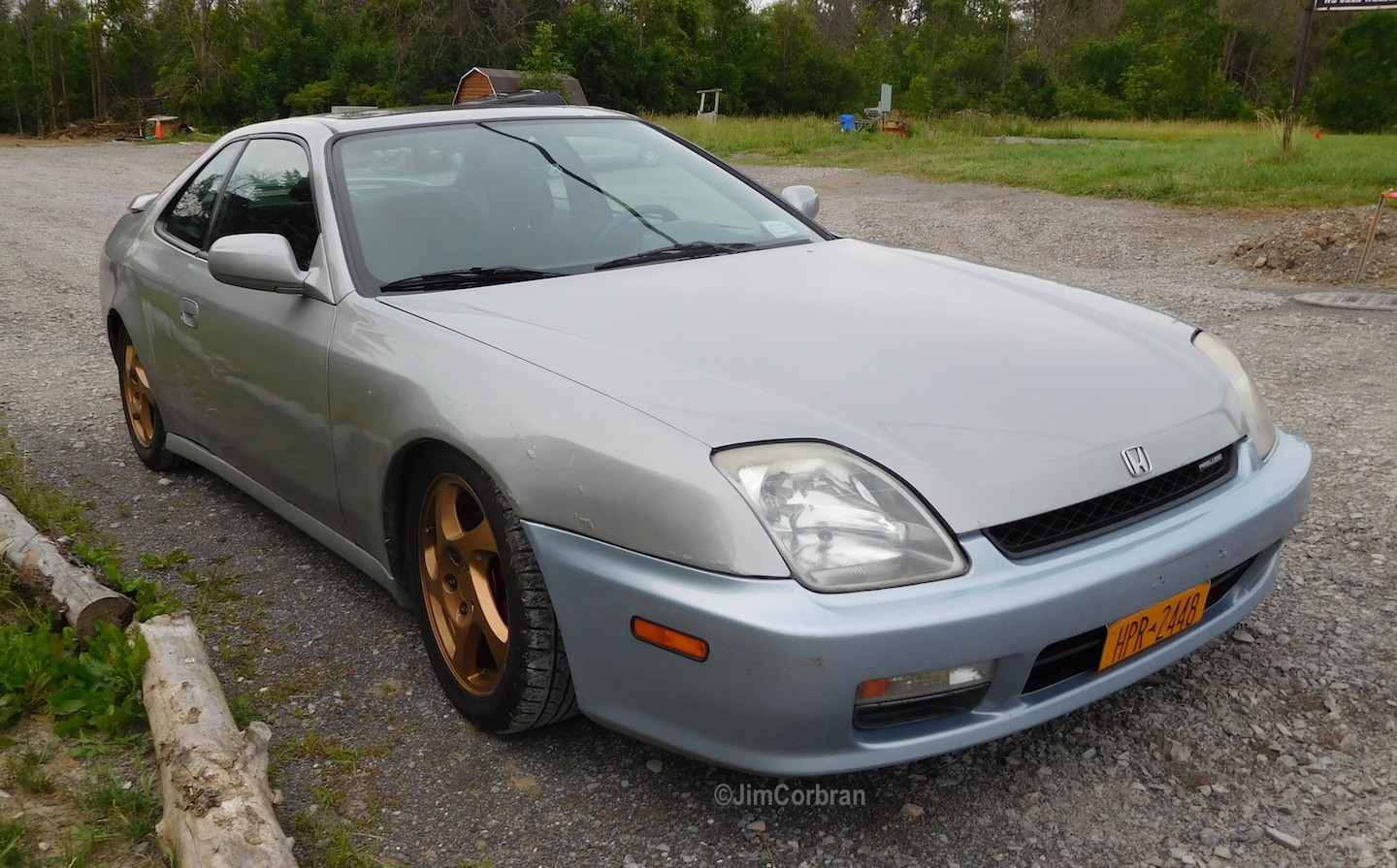 Was leaving a weekly cruise night at the Lt. Col. Matt Urban VFW Post 7275 in Lancaster last summer when I looked across the street and saw this 1998 Honda Prelude parked in a driveway. Probably not seen as often as some of the competition, like, say a Toyota Celica, the Prelude was a much sportier alternative to Honda’s Accord, which by 1998 had morphed into a family car. Today’s featured car is from the Prelude’s fifth (and final) generation, which would span model years 1996-2001. Sales peaked with the 2nd-gen models (1983-87), and bottomed-out with these last cars which saw a total of 58,118 being produced during the final five model years.