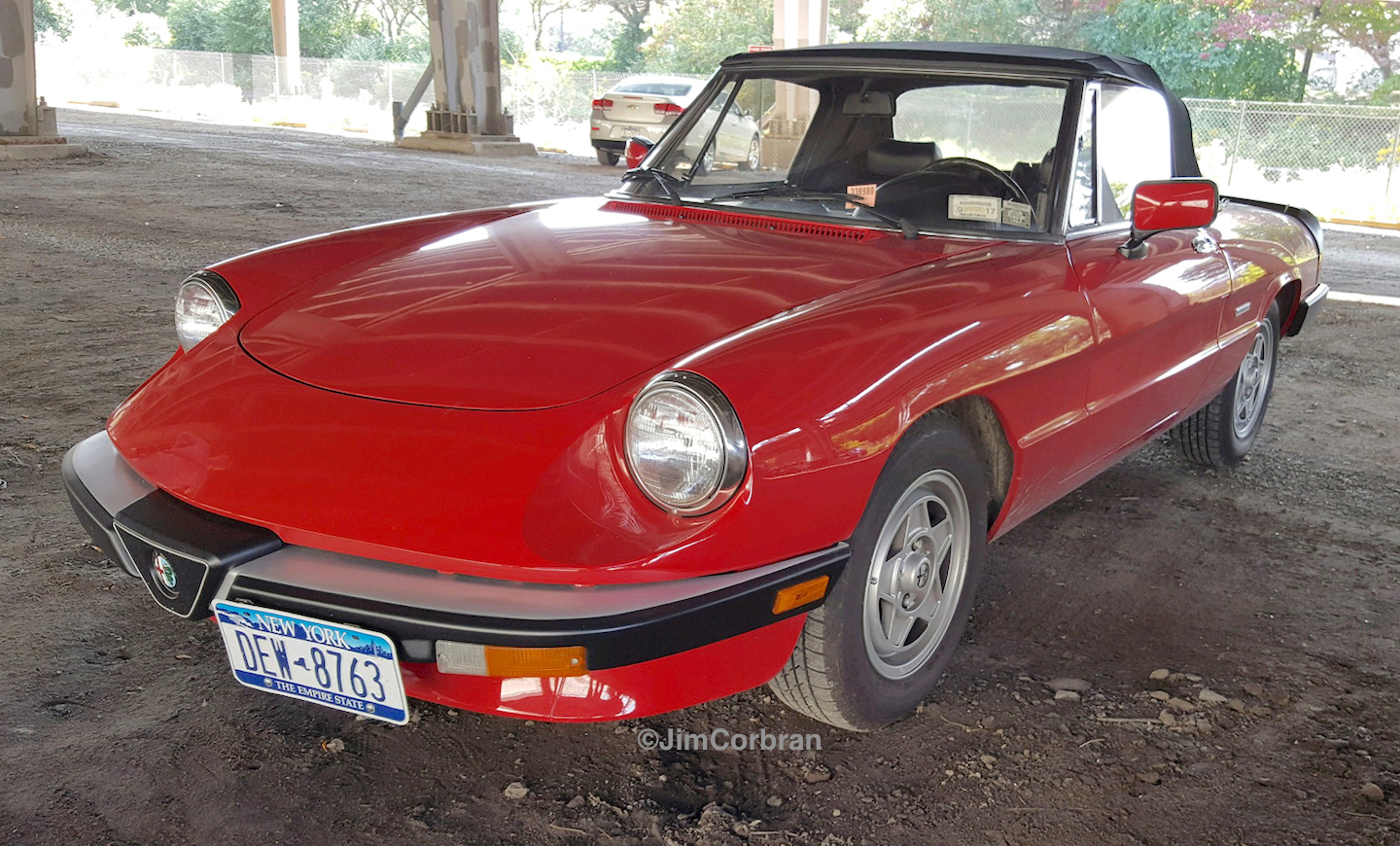 During a recent staycation in Downtown Buffalo, my wife Tracy and I came across this 1988 Alfa Romeo Spider Veloce parked under the Thruway. I’m sure that most of you know by now that Alfa stopped exporting cars to the U.S. in 1995. They returned in 2009 with about 100 8C Competizione sports cars, and then in earnest in 2014 with the introduction of the 4C. But, did you know where the Alfa Romeo nameplate comes from? In 1910, an Italian aristocrat named Ugo Stella bought the Italian plant of a French carmaker and renamed it Anonima Lombarda Fabbrica Automobili (A.L.F.A.). In 1915, the company, now commonly known as Alfa, in a financial move was purchased by Nicola Romeo, who changed the name to Alfa-Romeo Milano. In 1918 the company went public and the hyphen and Milano portions were dropped.