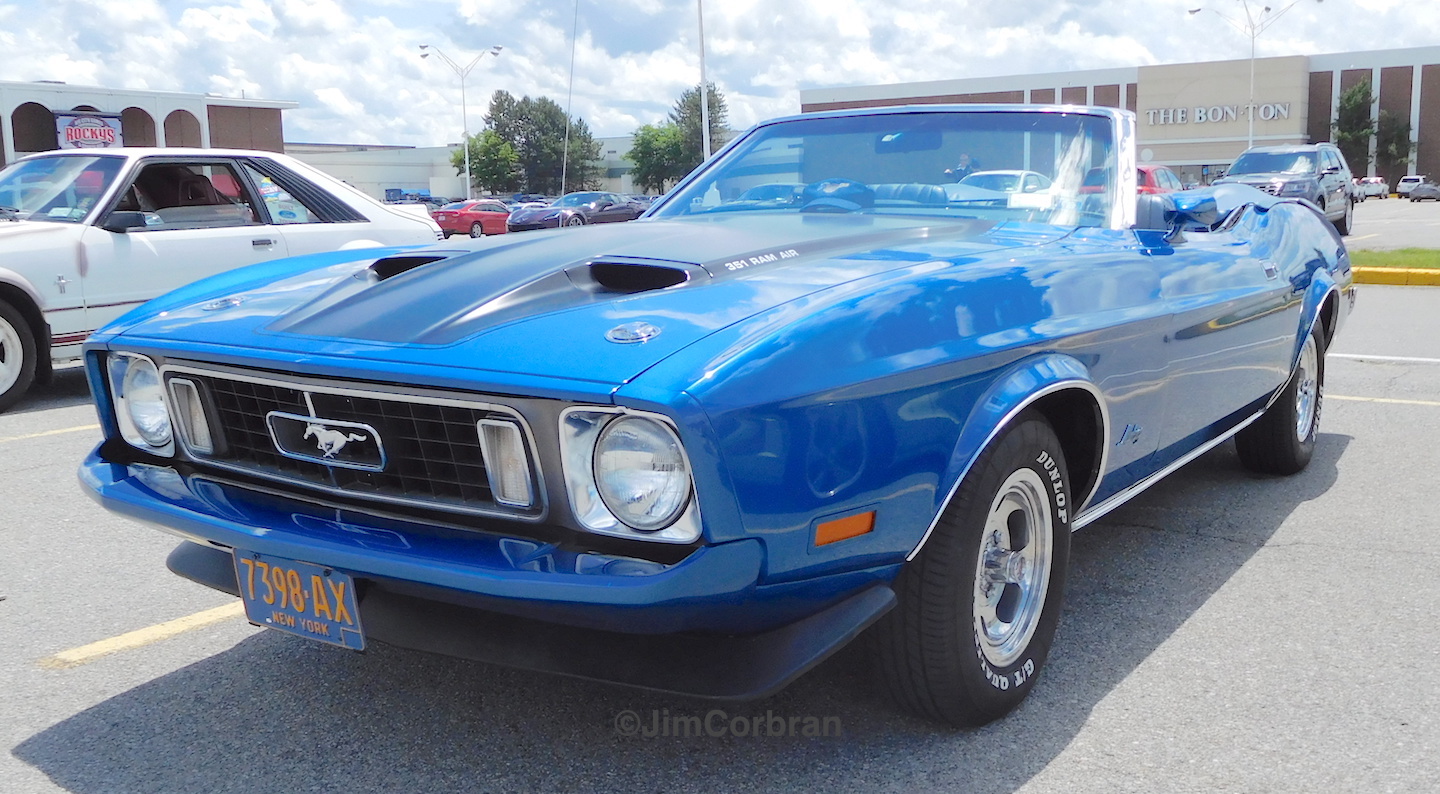 We turned the clock back an hour over the weekend, so I thought we’d also turn the calendar back all this week to this past summer’s car shows. At the time we all probably figured that the 1973 Ford Mustang convertible would be the last soft-top offering of the marque. In 1974 the original pony car re-emerged at the Mustang II built on the Ford Pinto platform in coupe and fastback form only. However, nothing is forever, and the Mustang convertible reappeared for model year 1983, a few years after the Mustang II was dropped in favor of a newer, larger (but not as large as the ’73) Mustang. This blue ragtop was seen at the All-Fords Show last June in Williamsville.