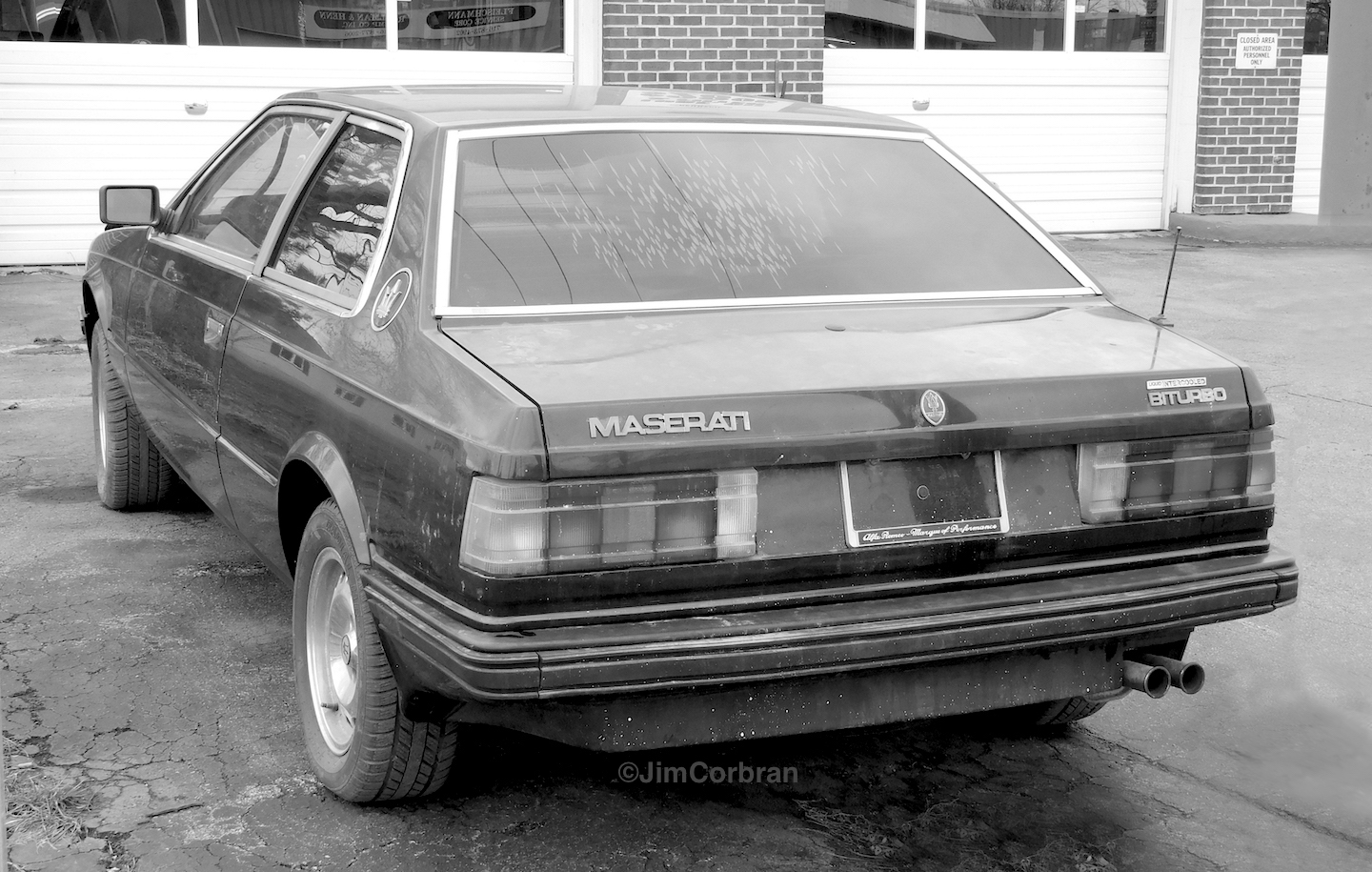 
Trying to remember the last time I saw a 1985 Maserati Biturbo in my travels, like this one which I’ve been passing for a while now in Tonawanda. I think the answer is probably never, unless you count car shows or Italian movies. In case you’re wondering, I’ve been told that the correct pronunciation is BEE-turbo, not the seemingly more obvious BYE-TUR-bo. It is, after all, Italian! Biturbos were produced in both two- and four-door versions, and were a definite step in another direction for the Italian sports car company, who up to then hadn’t been known for “family-type” cars other than the very expensive Quattroporte. The two-door Biturbo debuted for 1982, with the four-door following two years later and a two-seat Spider (convertible) a year after that. The last cars were built in 1997, which by then weren’t even being called Biturbos.