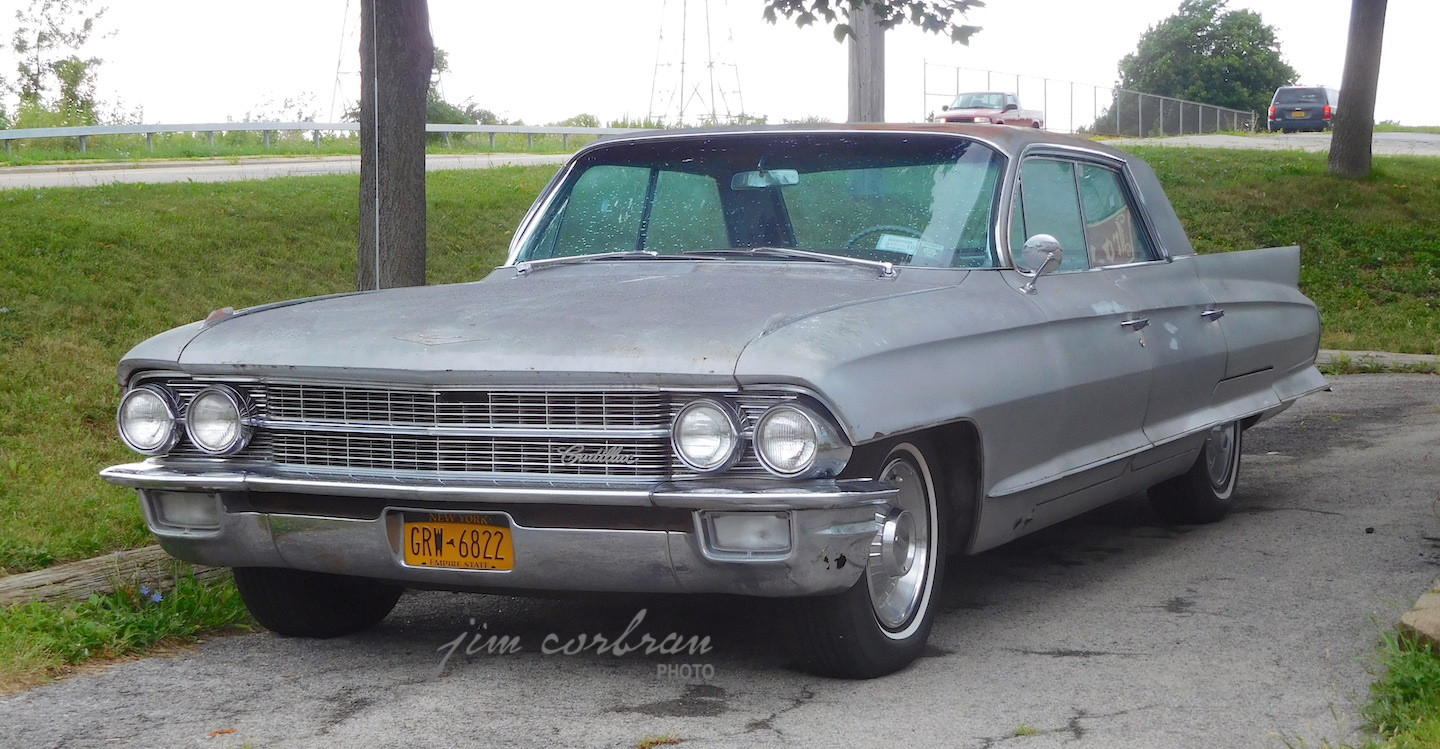 For years I’ve struggled with trying to tell the difference between cars like this 1962 Cadillac Series Sixty-Two, seen over the summer in Blasdell, and the very similar Sedan DeVille. Finally, after studying literally tens of photos, I realized that the DeVilles are badged as such (usually on the rear quarter panel) while the Sixty-Twos are pretty much incognito. It was on the insides of these two models where the bigger differences were, with the DeVilles being much fancier.