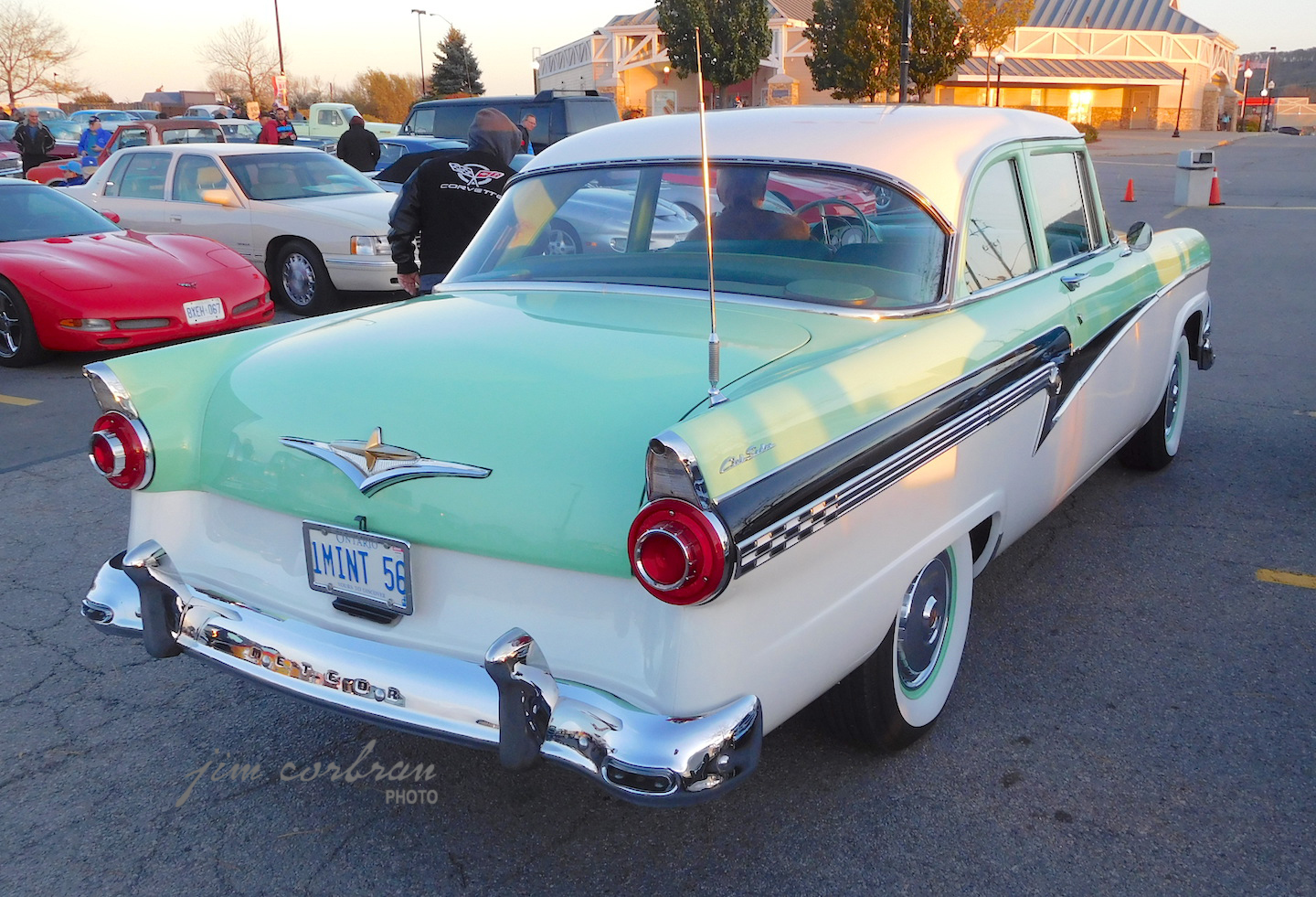 When I arrived at the final car show of the season last month in Grimsby, Ontario, I almost missed seeing this 1956 Meteor Rideau Club Sedan. A few minutes after my arrival I saw it making its way towards the exit, and I literally ran though three rows of cars to get a photo or two. Luckily the owner got delayed in line trying to leave the parking lot. (Do you think he saw me coming? Lol…) The Ford-based Meteor was sold at Canadian Mercury-Lincoln dealers as a lower-cost alternative to it’s marquis brands, often in areas in which there wasn’t a Ford dealership. Similarly, Ford dealers offered a higher-priced car called Monarch, which was based on the Mercury.

(Update. Since this ran we've heard from the owner, and thought readers might be interested in some of the car's history.)

Hi Jim, I just stumbled across a couple pictures of my car that you took in Grimsby Ont. in the fall. I bought the car for 50$ scrap in 1970 when I was 14-years-old. It was my high school hot rod all shackled up with bucket seats and floor shift and not much of anything for mufflers. About 10 years ago my wife talked me into putting it back to original, numbers-matching. She was right. We've been having fun ever since. Thanks for your interest. Cheers, Rod...