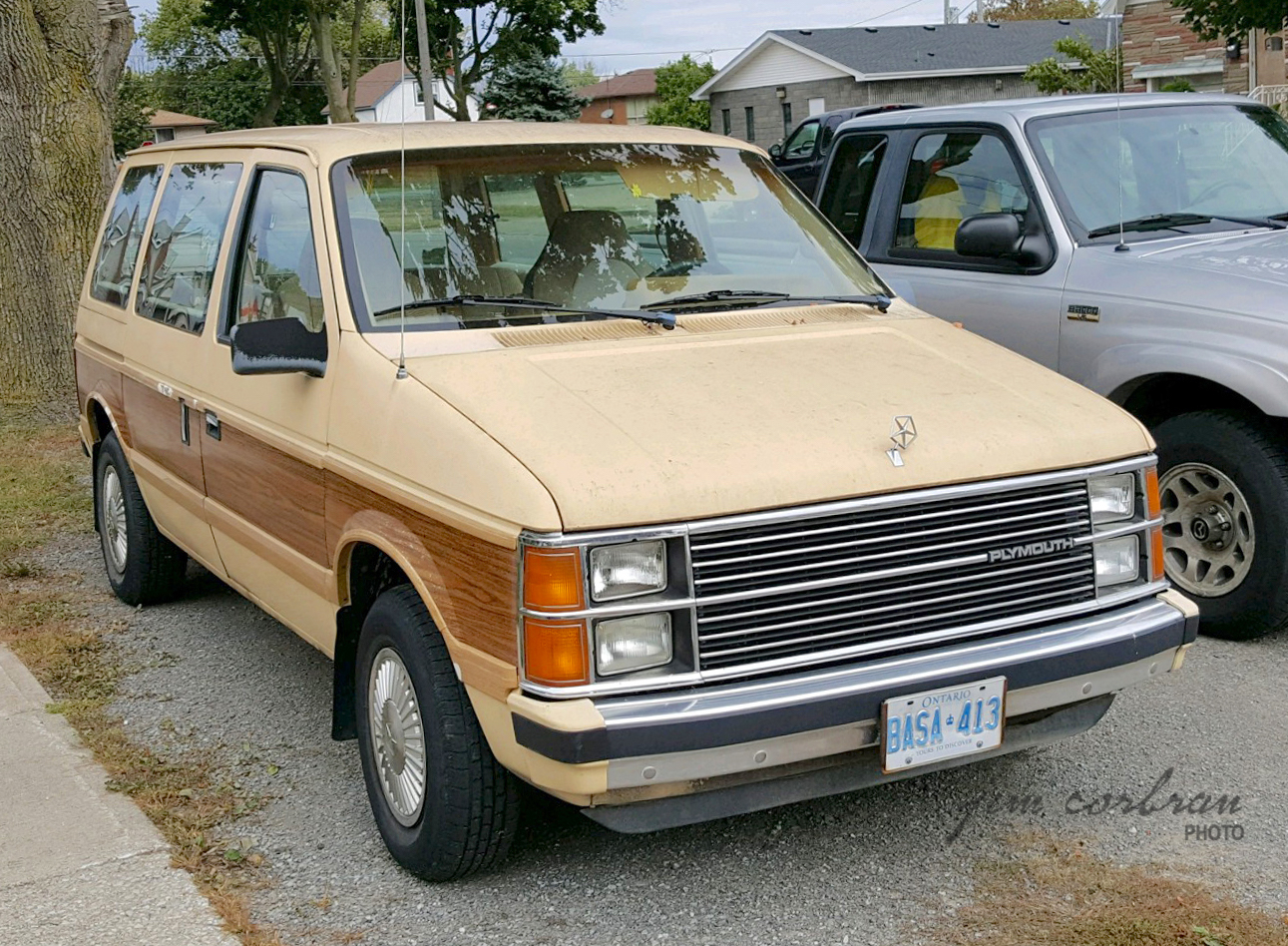 Who would have ever thought that Chrysler’s original minivans would become a hot collector’s item? Okay, so maybe that hasn’t really happened yet, but you must admit that it’s quite remarkable to see a c1984 Plymouth Voyager in this condition some 33 years after leaving the factory, eh? It may have helped that this one was spotted, during a late summer bicycle, ride in Pt. Colborne, Ontario where, unlike here in Western New York, they don’t salt the winter roads like they were a large order of fries.