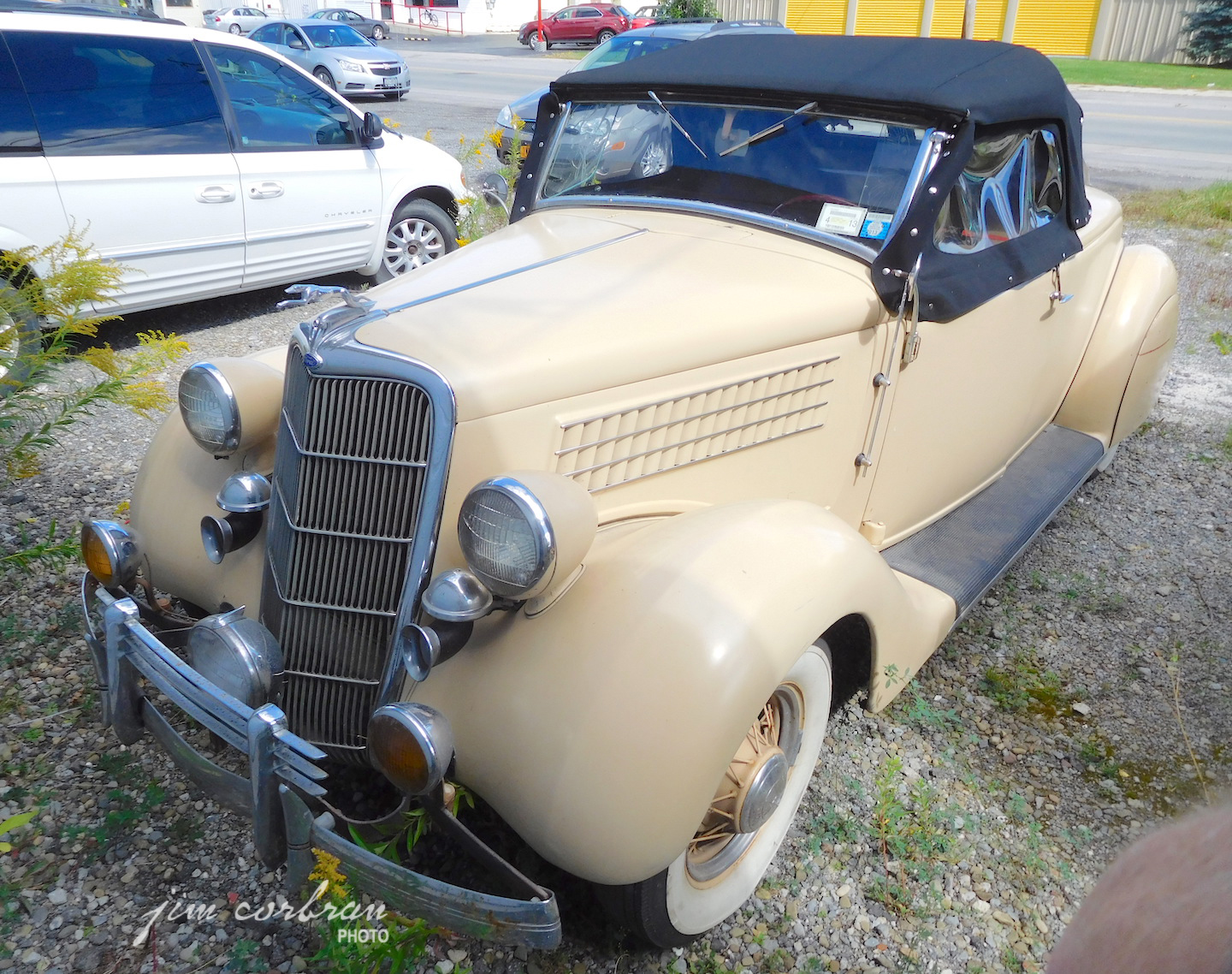 Here’s one from the It’s Even Older Than Me files: a 1935 Ford convertible, spotted over the summer in Tonawanda. Although Ford sold a lot of cars for 1935 (over 800,000), only about nine thousand of them were two-door convertibles, along with another six thousand or so four-door phaetons. And for the first time, this year all Fords were equipped with a 221CID V8 engine, Ford having done away with the four-banger after the 1934 model year.