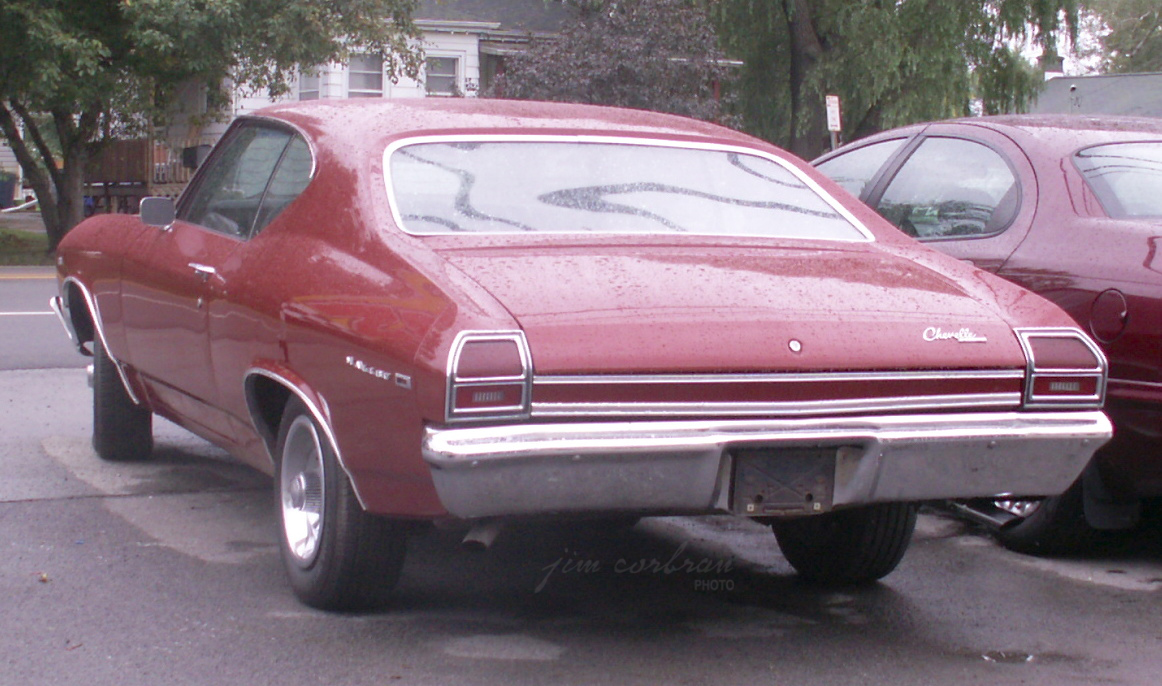 When this 1969 Chevrolet Chevelle Malibu was new, General Motors’ mid-sized cars were hot — very hot! But as you can see here, not all of these smaller Chevys were of the SS396 muscle car ilk. Chevy sold a ton of these cars as family chariots, equipped with an array of powerplants ranging from the 230 and 250CID six-cylinders, up through the 307 and 350CID V8s (and yes, of course the 396). And something which is unheard of in today’s market, there were five different transmissions offered, depending on engine size: three-speed and heavy-duty three-speed manuals, two- and three-speed automatics, and of course a four-on-the-floor. This red hardtop was seen in a Lewiston used car lot a year or so ago.