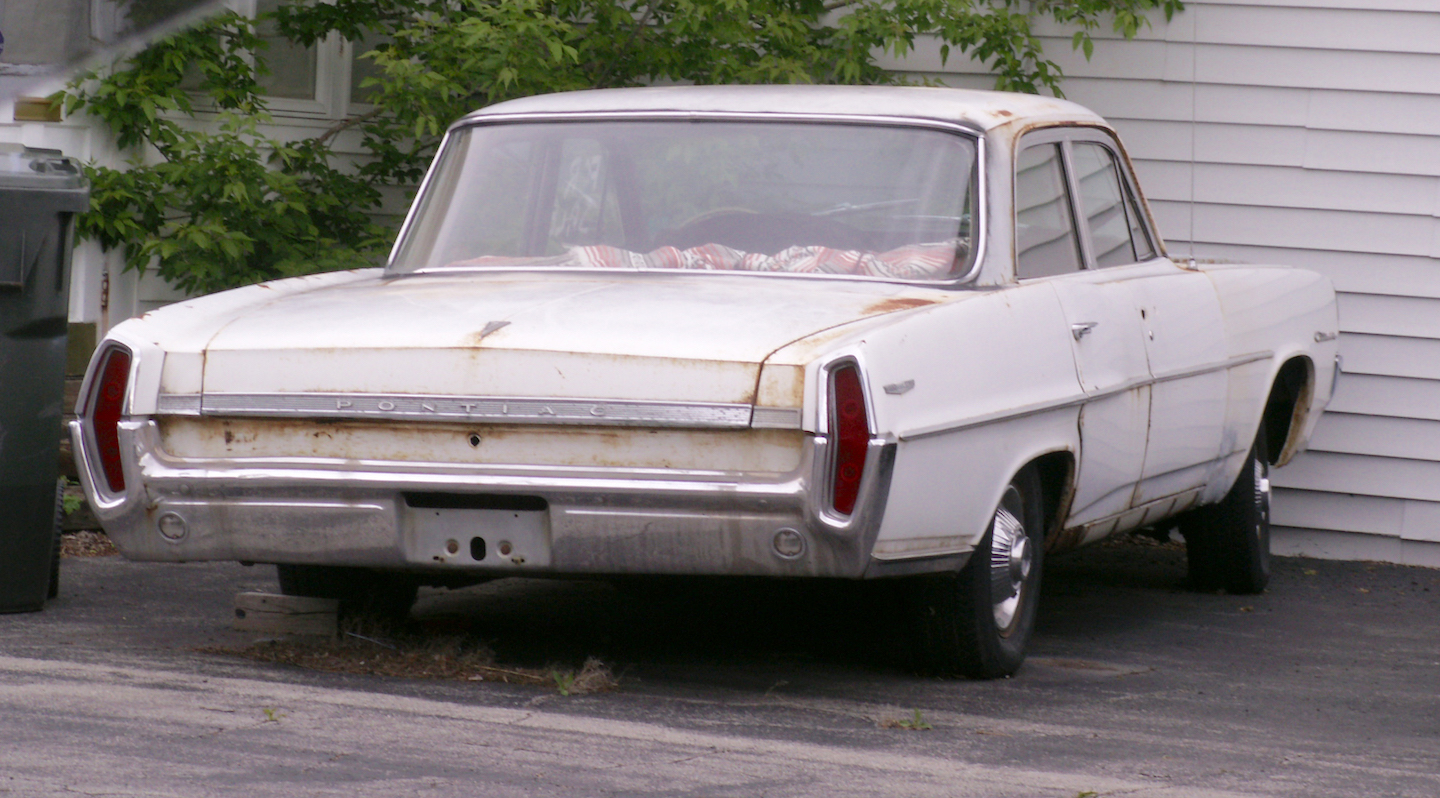 This 1964 Pontiac Catalina, seen last summer in North Tonawanda, reminded me a lot of my mother’s ’63, except hers was a two-door hardtop. It was one of the cars I learned to drive in — pretty large by today’s standards, but back then we still didn’t have much else to compare it to. The night before my driver’s license road test, an oncoming car sideswiped us while I was waiting to make a left turn on a four lane. Took the test the next day in Dad’s ’65 Galaxie 500 instead, as we didn’t want to show up for a driver’s test in what was obviously a newly-smashed car.