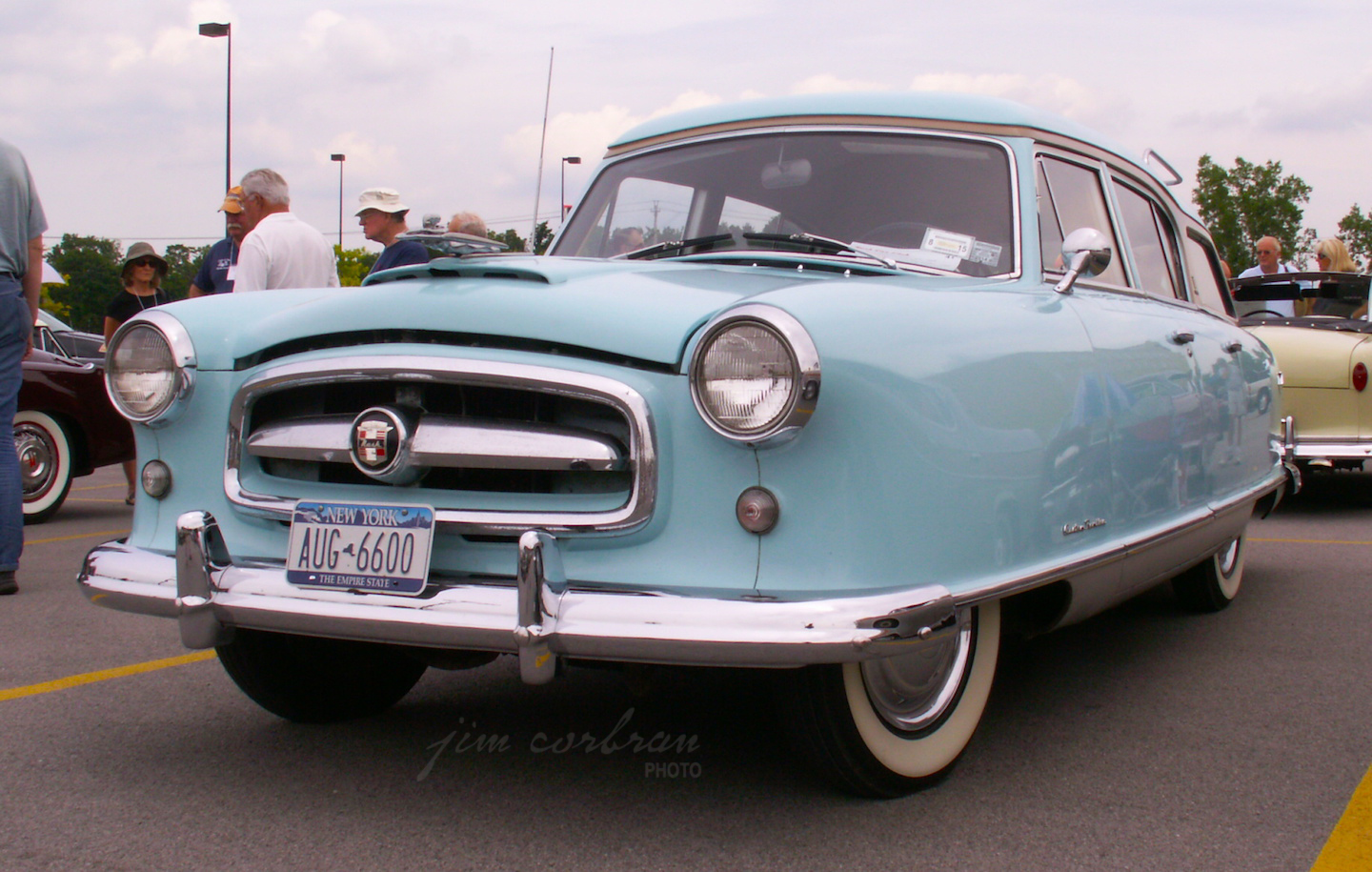 When this 1954 Nash Rambler Cross Country was introduced to the public in the fall of 1953, Nashes and Ramblers were still being built by the Nash Motors Division of Nash-Kelvinator. In early 1954, Nash and the Hudson Motor Car Company merged, forming the American Motors Corporation, whose production was consolidated at Nash’s Kenosha, Wisconsin facilities. And they remained there well into the 1980s, when AMC was absorbed by Chrysler. This wagon was seen at the Grand Nashionals car show in Batavia back in 2013.