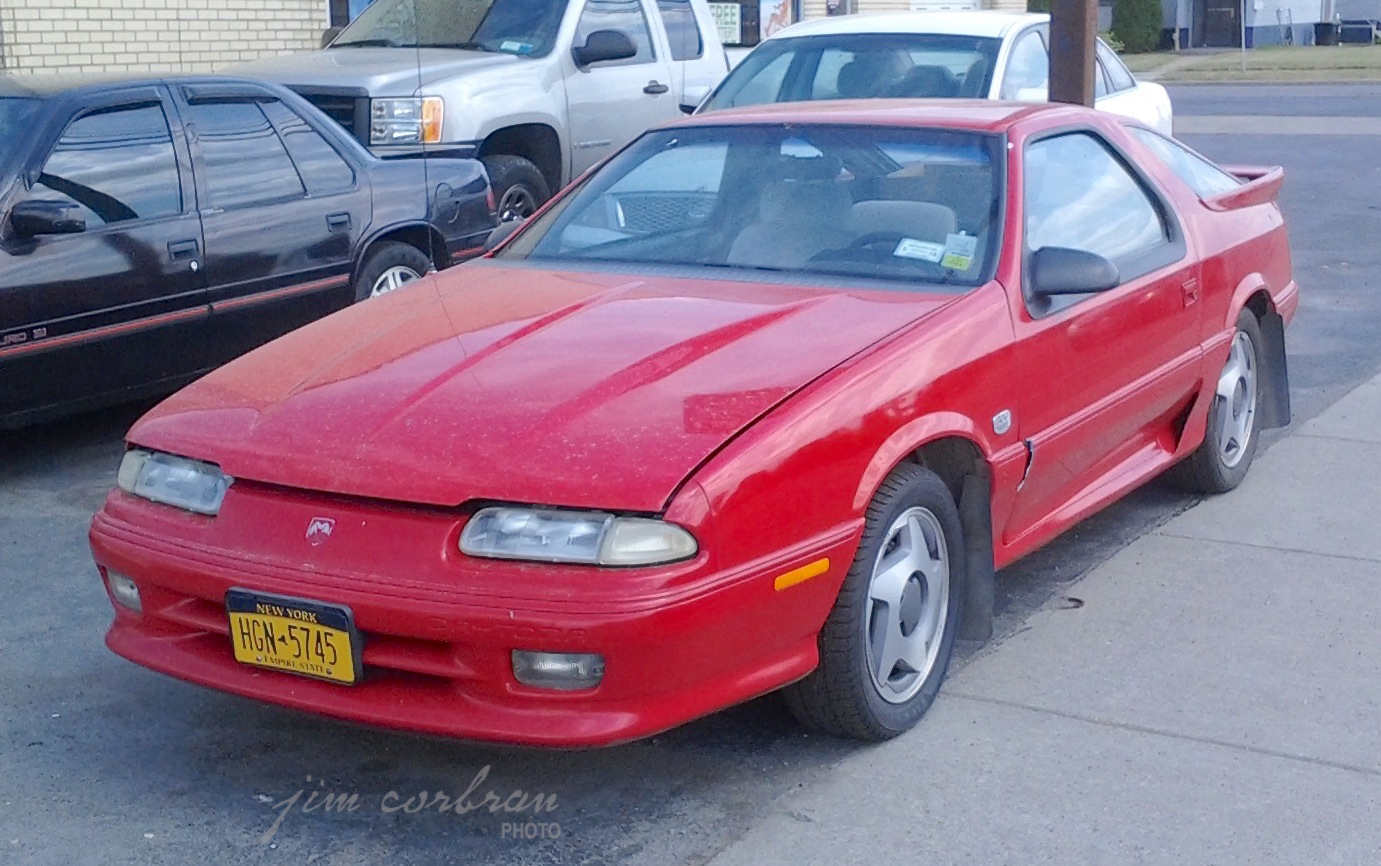 Assuming this 1992 Dodge Daytona IROC R/T is real (and there’s no reason to believe it’s not), it’s one of the rarest RealRides we’ve come across in a long time — only 341 of them were made for 1992. They all came standard with a 2.2L turbocharged four, with a DOHC head developed in conjunction with Lotus. The IROC R/T was introduced to commemorate Dodge’s sponsorship in the International Race of Champions. You can read a road test review which appeared in the February 1993 issue of Motor Trend here. Saw this one over the summer in the Kenmore/Tonawanda area.