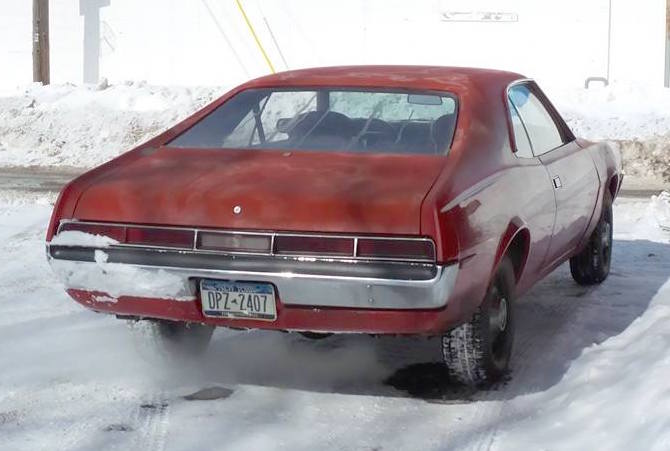 Nice to see that Buffalo’s Howard Goldman, owner of this 1970 AMC Javelin, isn’t afraid to take his old cars out just because of a little snow on the ground. This one was photographed a few years back on a bright sunny winter’s day in the city. Loyal Facebook followers will already have noted that this local AMC connoisseur had one of his other rides — a 1969 AMX — out for a pre-winter NYS inspection just last week. “Damn the snowpedoes… full speed ahead!”