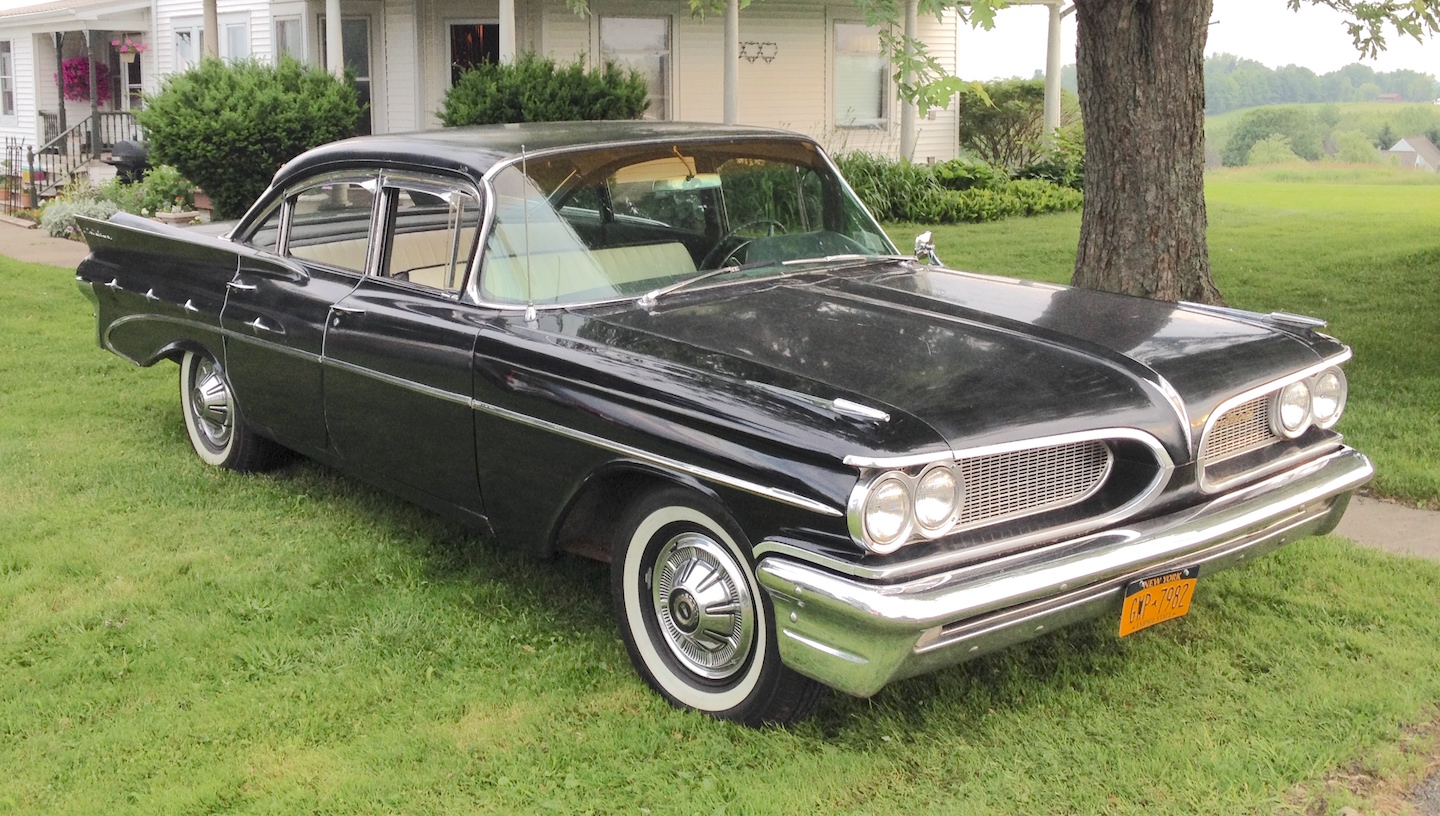 Local collector Joseph Galvin is known for varied tastes in old cars, many (most) of which usually end up being of the variety our Moms & Dads may have driven back in the day. Like this 1959 Pontiac Catalina. While a lot of old car owners like the top-end (and ultra-expensive) stuff, many of Galvin’s cars would draw a large crowd at a car show because of their rarity. Well, rarity these days, but they were the top sellers when we were kids, and most of them were driven into the ground by typical American families. Galvin is also known for frequently turning over his collection. Case in point — this Catalina has already been replaced by something just as interesting.