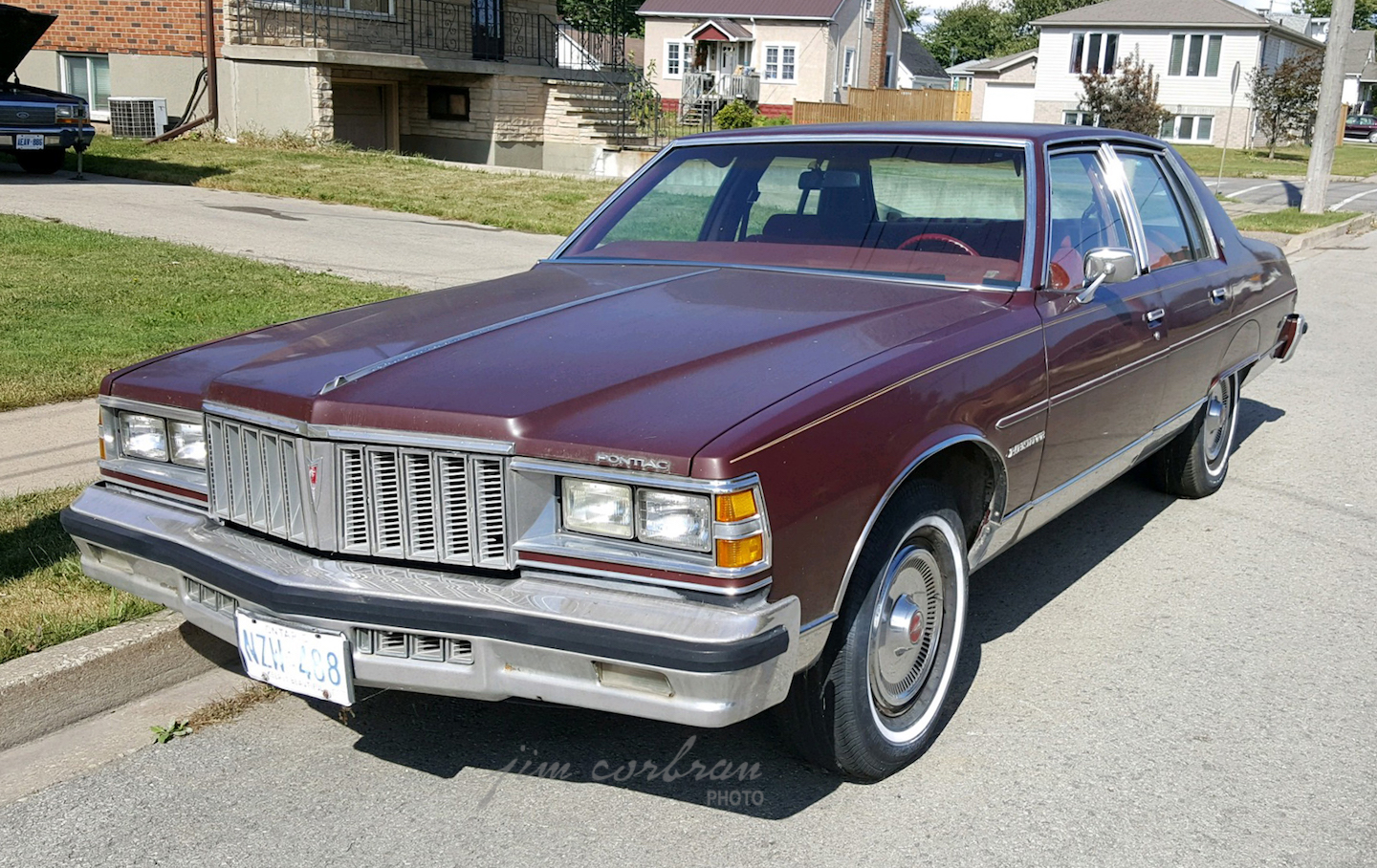 If you were a patriotic Canadian car-buyer back in the Joe Clark era, you might have opted for something like this 1979 Pontiac Parisienne, a Canada-only model which, trim-wise, was pretty much equivalent to the Bonneville here in the US. For years some Canadian Pontiacs were based on the full-size Chevy to help keep costs down north of the border where things generally were more expensive. Saw this one during an early fall’s bicycle ride in Port Colborne.