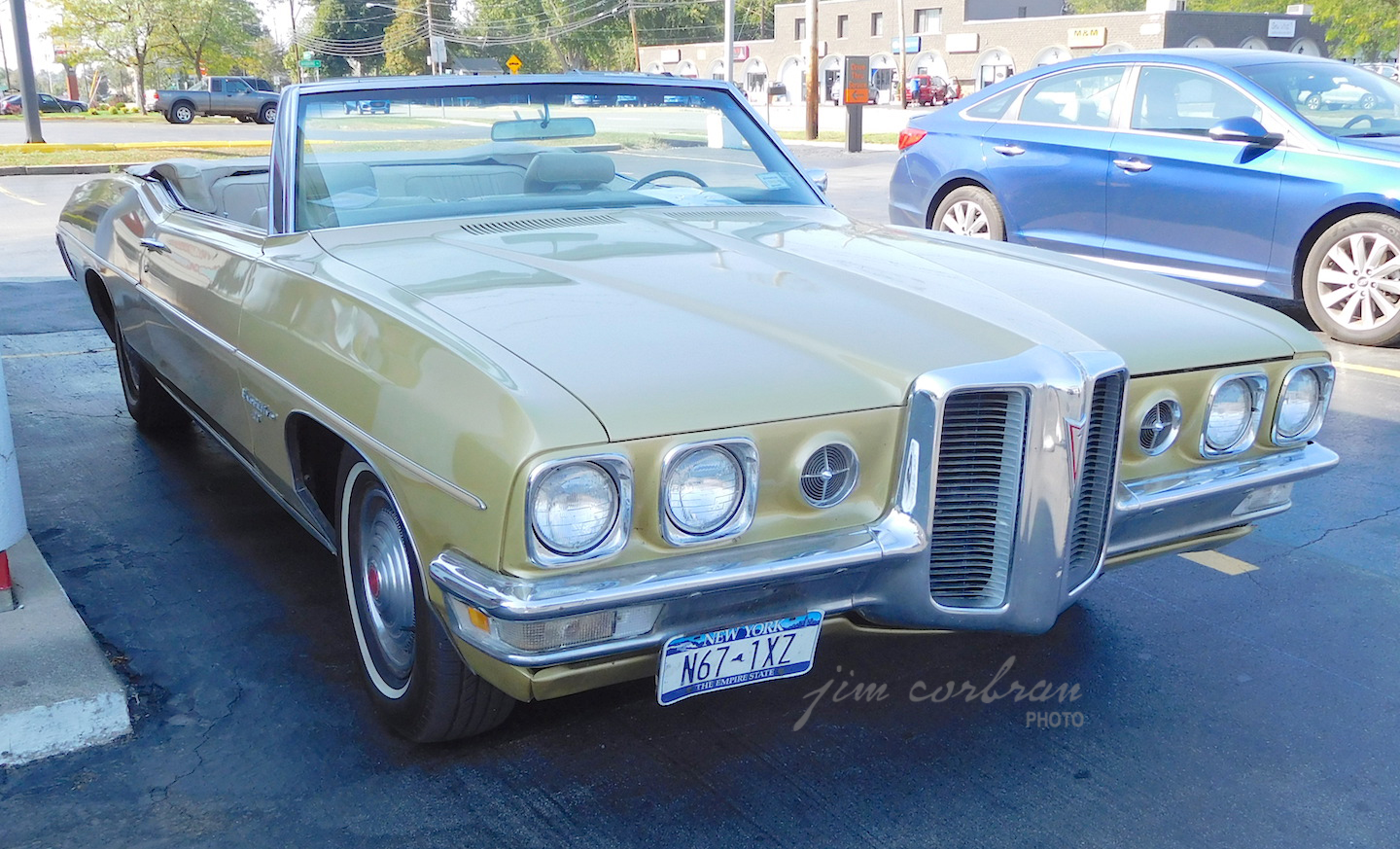 The nameplate game was in full swing when this 1970 Pontiac Executive was new. Pontiac was struggling to find itself, juggling model names, seemingly without a master plan. In 1961, full-size Pontiac model names ran thusly (bottom-to-top): Catalina, Ventura, Star Chief, and Bonneville; Ventura was dropped after 1961; then Grand Prix was added at the top in 1962; in 1966 the 2+2 and Star Chief Executive were added between Catalina and Bonneville; the 2+2 was dropped for 1967 while the Star Chief Executive became the Executive; in 1969 Grand Prix became a separate line; in 1971 the Executive was dropped and the Grand Ville was added above the Bonneville… and on it went until an up-to-then Canadian-only Parisienne model was actually offered stateside in 1983. Saw this gold convertible in Williamsville, long before the snow started to fly.