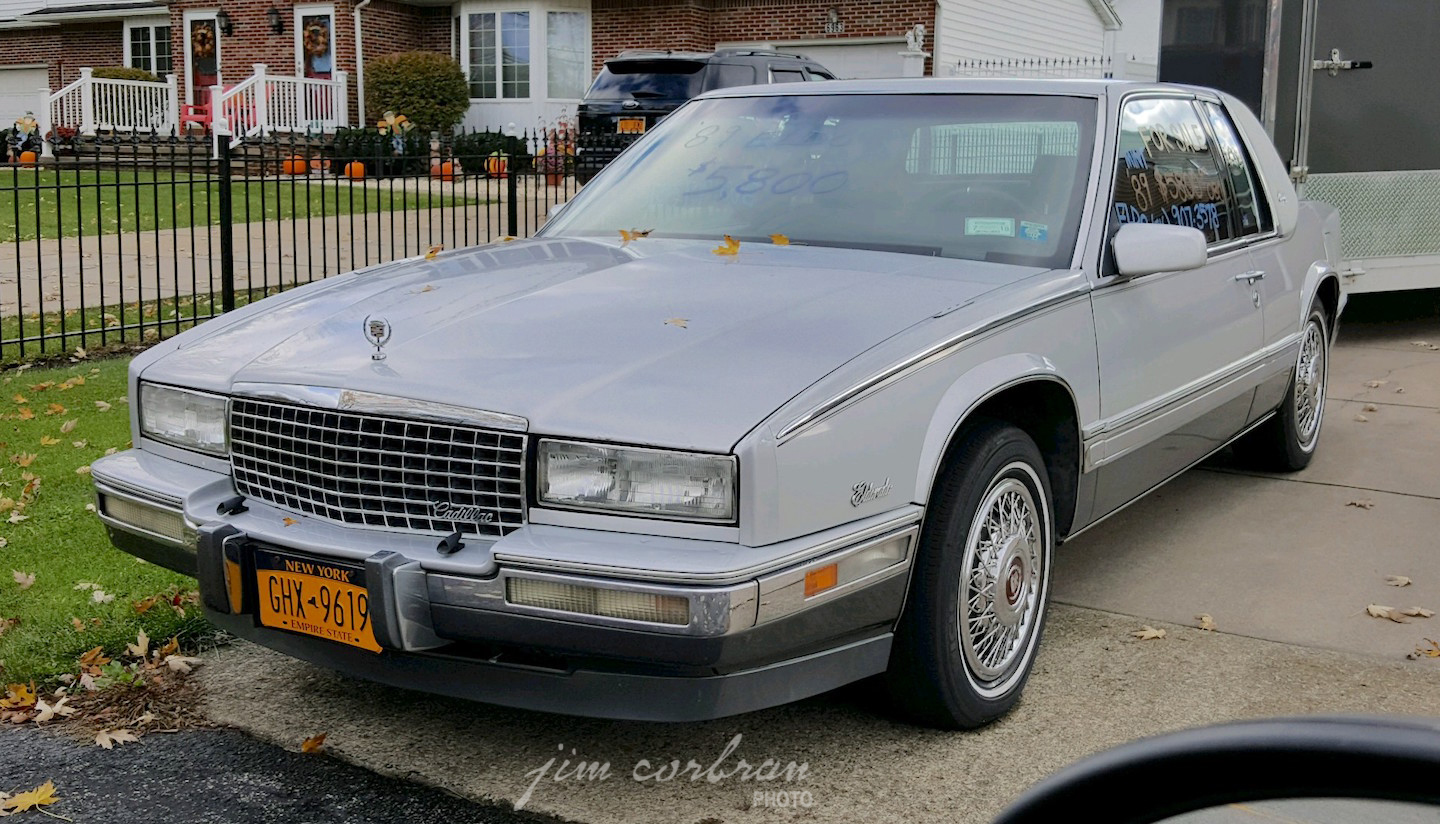 GM’s downsizing had its fans and its detractors. Over the years I’ve read more than one disparaging remark about cars like this 1989 Cadillac Eldorado; but personally I kind of like these. Yes, it’s smaller and doesn’t cut quite as imposing a figure as the original Eldos, but for its time it was (IMO) a handsome, sensibly-sized car. (Unfortunately, it didn’t take much to make one look rather silly using design clichés of the day— see bottom of page). Today’s silver example was seen for sale a month or so ago in West Seneca.