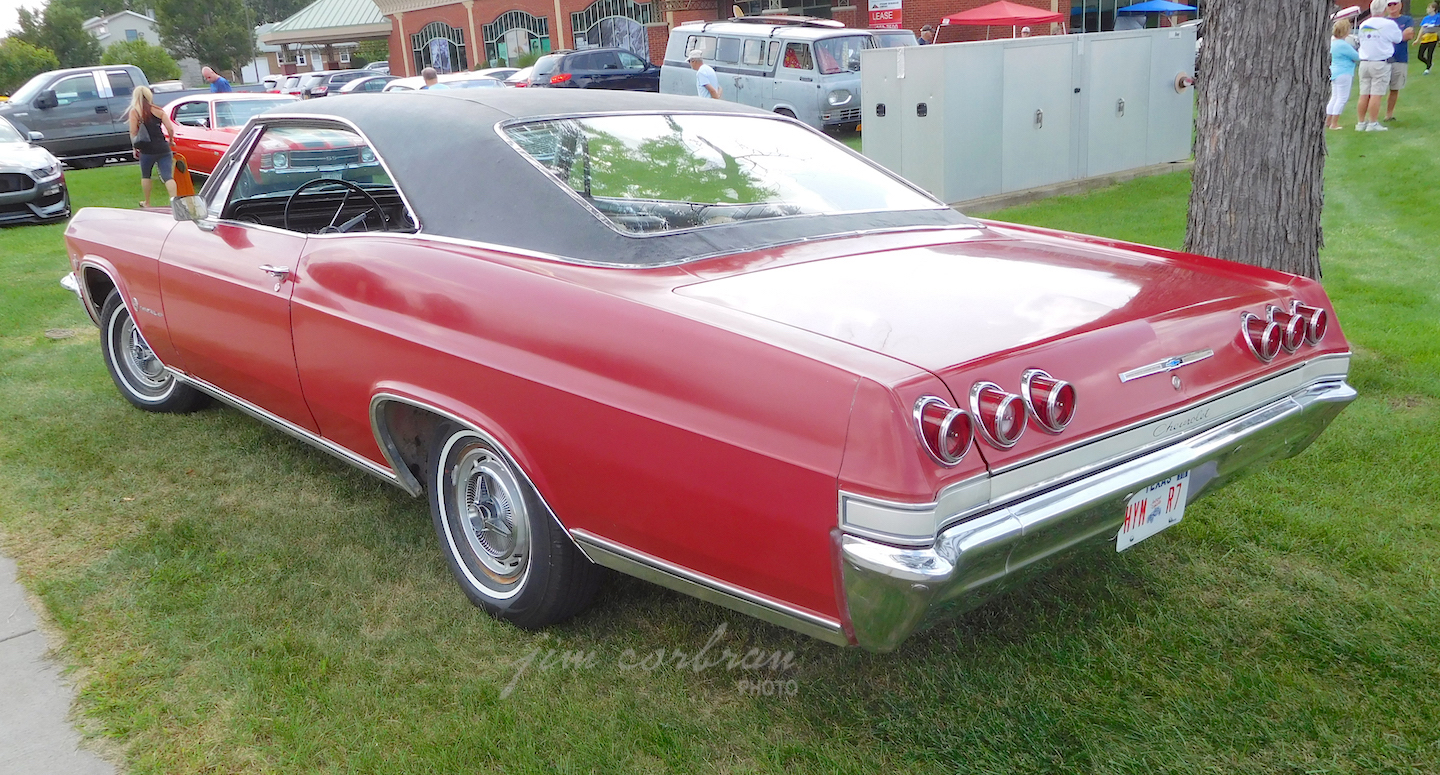 If you were around 52 years ago, odds are pretty good that someone in your neighborhood had a 1965 Chevy Impala — maybe even this very car, which was seen last summer at the Mt. St. Mary Academy car show in Tonawanda. Chevy sold over a million Impalas for 1965 — not just one million Chevys, but a million Impalas! Add in the cheaper Biscaynes and Bel Airs, as well as Chevy II, Corvair, Chevelle, and Corvette sales, and it’s pretty safe to say Chevy had a pretty good year!