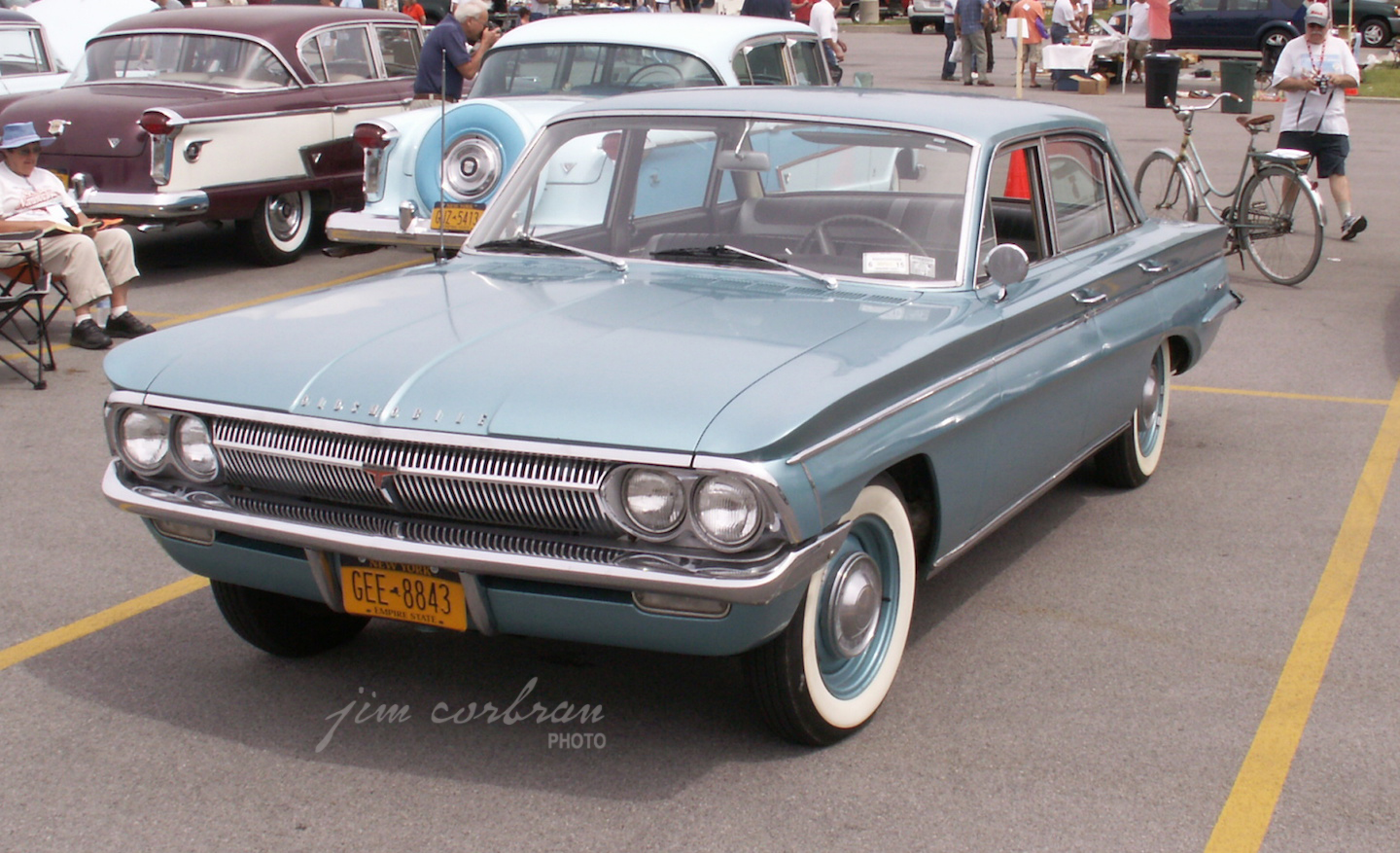 This 1962 Olds F-85 was photographed in 2013 at, of all places, the Grand Nashional Car Show in Batavia, a show primarily for Nash and American Motors products, but one that drew a good number of off-brands as well. The F-85 was one of GM’s three “senior compacts,” introduced in 1961 after the success of Ford’s Falcon and Chevy’s Corvair, as well as Chrysler Corporation’s Valiant (it wouldn’t be a Plymouth until 1961), the Studebaker Lark, and AMC’s Rambler. The F-85 would eventually morph into the highly successful Cutlass.