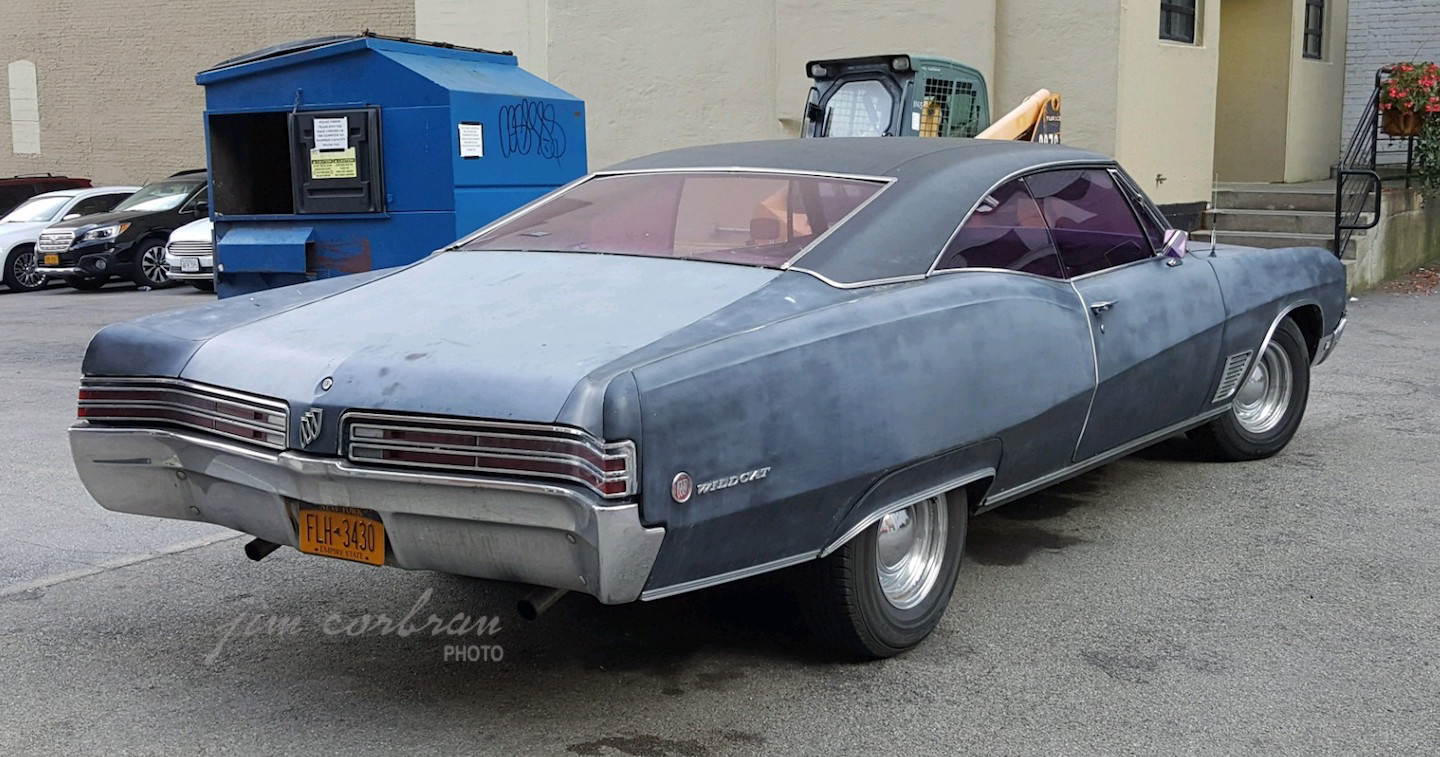 This 1968 Buick Wildcat falls into the “I Love Seeing Old Cars That Are Still Driven” category. Despite the faded paint it still looks to be in pretty good shape for a 50-year-old. The Wildcat started out life in 1962 as a two-door hardtop sub-model of the Invicta line, I’m guessing to counter Pontiac’s Grand Prix. By 1963 the Invicta nameplate was dropped (except for the station wagon), and the Wildcat offered two- and four-door hardtops as well as a convertible. By 1964 there’d even be a (gasp!) Wildcat four-door sedan. This gray two-door was seen over the summer in downtown Buffalo.