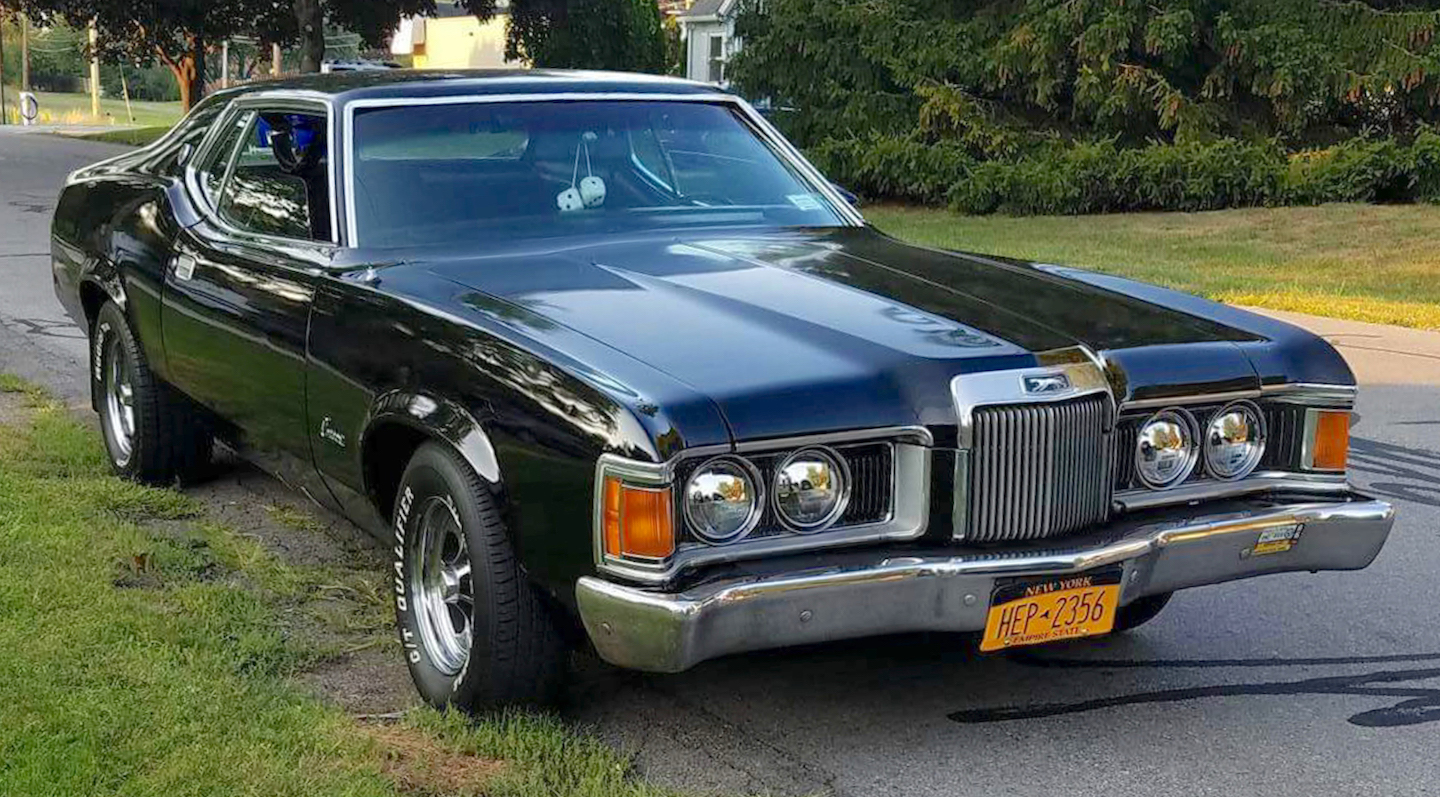 Just to prove that not all old cars are owned by old guys, this 1973 Mercury Cougar XR7 belongs to Andrew Comerford of West Seneca, an 18-year-old RealRides reader who bought the car three years ago! It previously spent some time at Griffiss Air Force Base before ending up in WNY. It was restored in the 1990s, and a 351 Cobra Jet engine was dropped in. Mr. Comerford tells us his Cougar is still a work in progress… but from here it looks pretty good already!