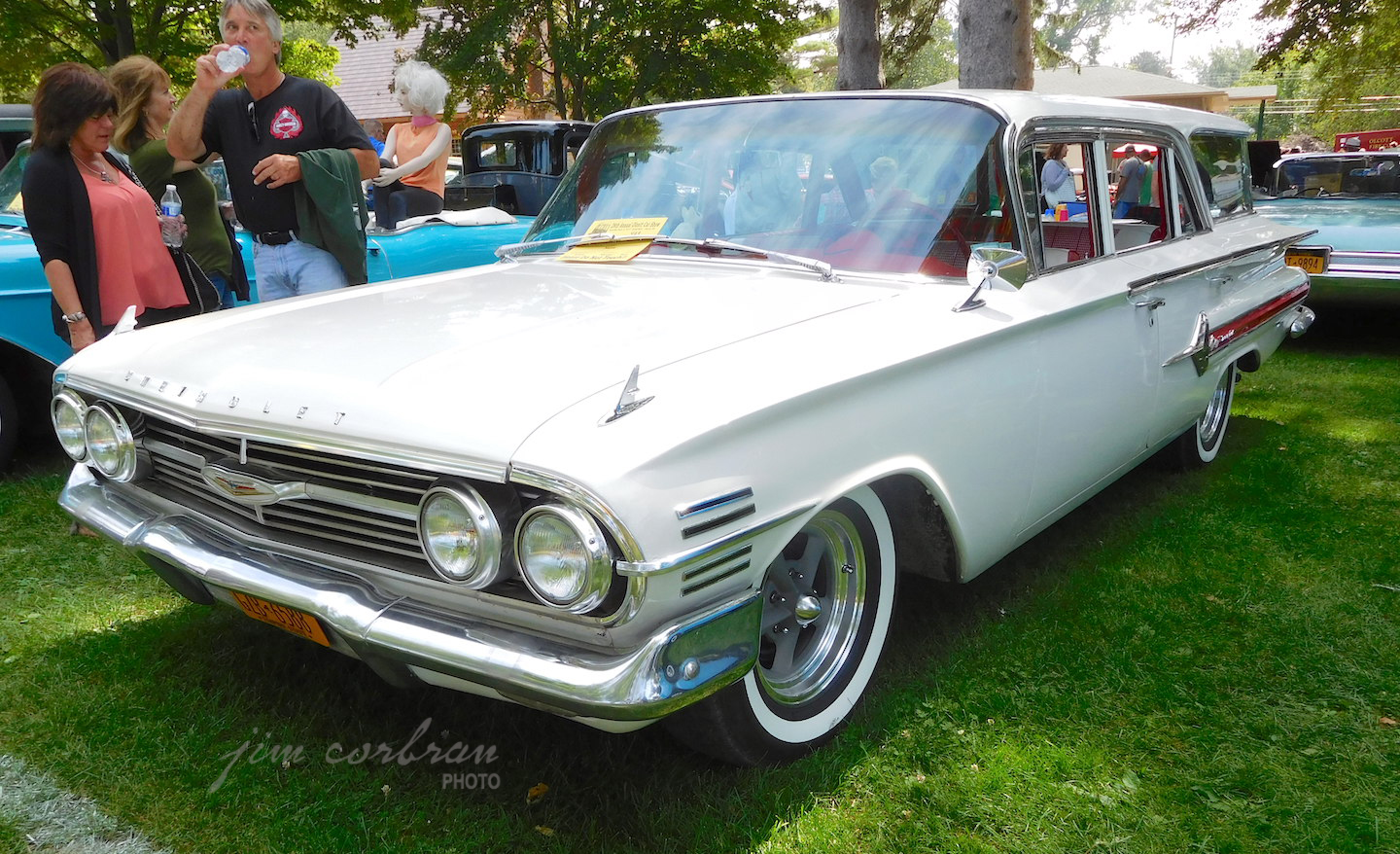 For years Chevy had this thing about naming their station wagons. It was often a mix of regular model names, like the Two-Ten or Bel Air, with modifiers tacked on, like Handyman for the six-passenger and Townsman for the nine-passenger models. The top-line two-door Nomad arrived for 1955 and lasted two more years. In 1958, all the wagon names changed — Nomad was now an Impala-like four-door, while trimwise, the Brookwood and Yeoman wagons coincided with the Bel Air and Biscayne sedan lineups respectively. Yeoman was dropped after one year, replaced by Brookwood which itself was replaced with the now-middle of the line Parkwood. Also in 1969, the Kingswood sat at the top of the wagon lineup, but… what? Wait a minute, there was also a 1959 Nomad wagon? At the top? Enough. I give up. At any rate, the Nomad was dropped after the 1960 model year, and beginning in 1962, wagons were named like the other lines — Biscayne, Bel Air, Imapla, and, eventually, Caprice. For the most part. But not completely. Ugh. Anyway, this 1960 Nomad was seen over the summer at the Olcott Beach car show.