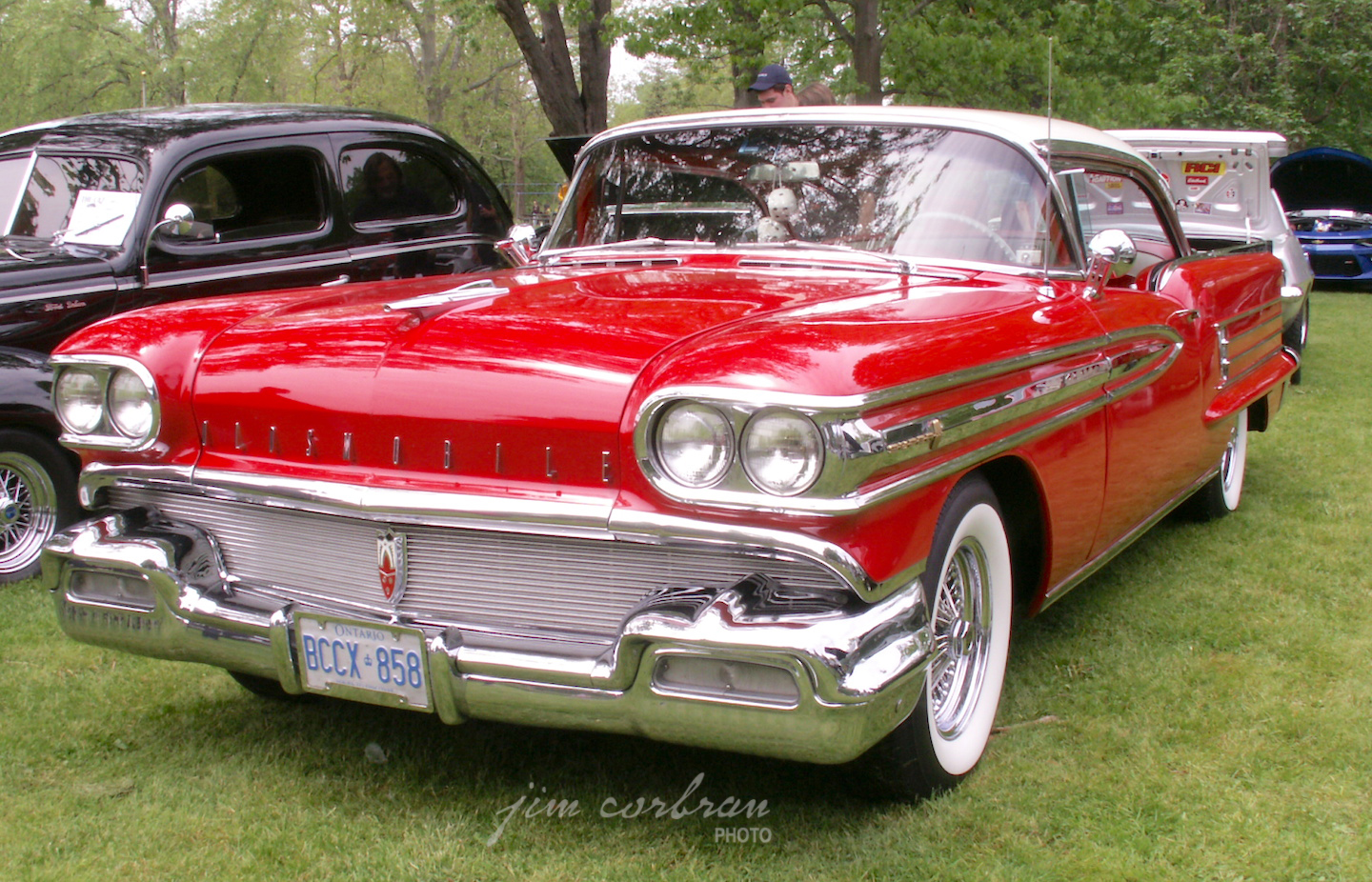 If you had any spare cash just lying around back in the day, you might have invested it in the chrome-plating industry after seeing a car like this 1958 Oldsmobile Super 88 Holiday Coupé. It was a heady time for bling, and many industry observers pointed to Oldsmobile’s lineup as one of the blingiest — not necessarily as a compliment. The Super 88 was Olds’ middle model, and in keeping with tradition it was based on the shorter wheelbased Dynamic 88 with the engine of the larger, top-of-the-line Ninety-Eight. Saw this nice red example at last summer’s car show in Cazenovia Park in South Buffalo.