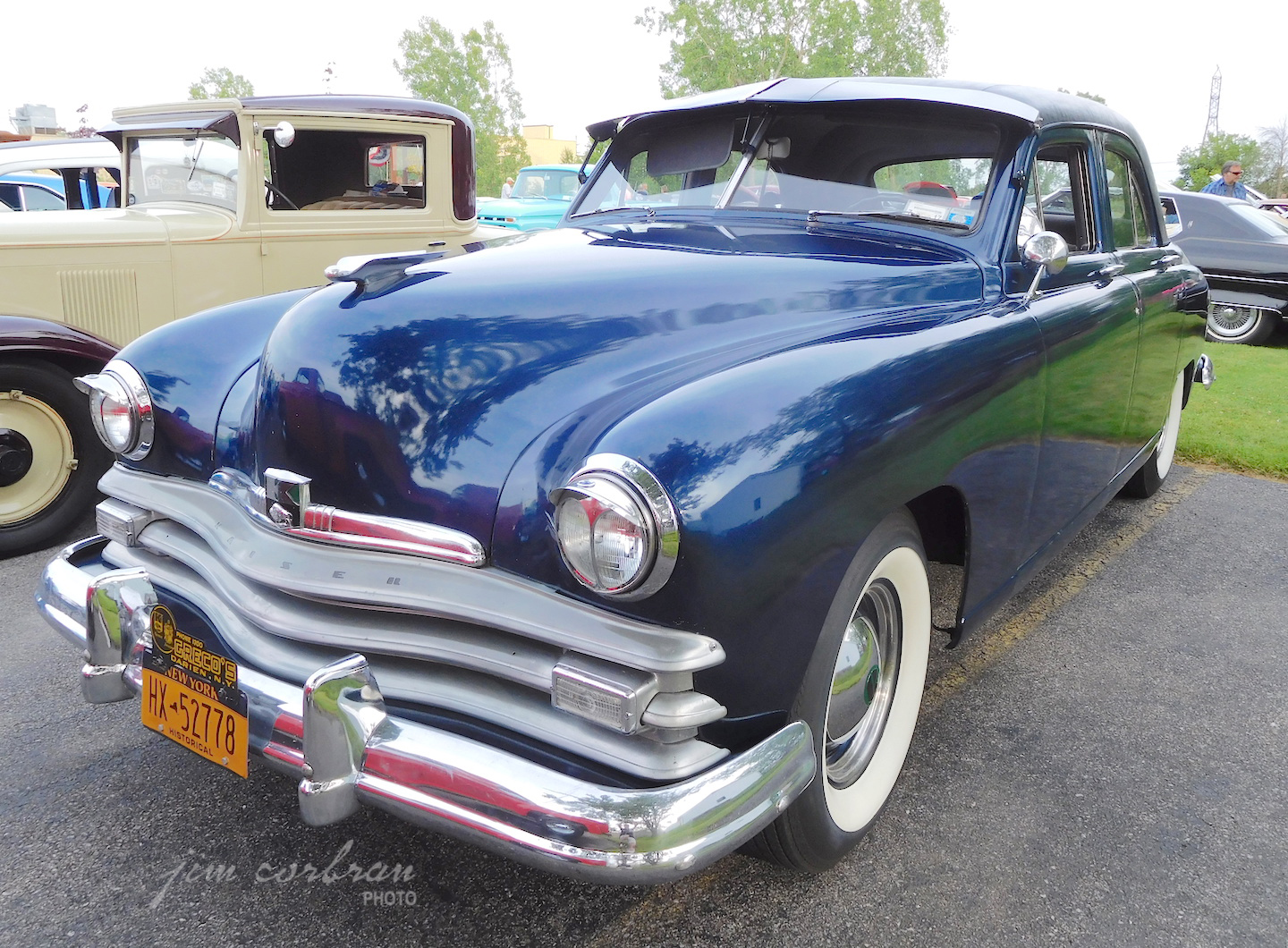 This 1949 Kaiser Special was seen over the summer at a cruise night at the Matt Urban VFW Post in Lancaster. If the Kaiser name sounds familiar, yes, Henry J. Kaiser was the aluminum foil guy. He also figured in the Kaiser Jeep Company — yes, that Jeep. You might also have heard of the giant Kaiser Pemamnente health care consortium. Same guy. He and auto executive Joseph W. Frazer formed Kaiser-Frazer Motors after World War II to cash in on the post-war sales boom. They built cars in the U.S. only until 1955, but continued on in Argentina until 1970, when the company, by then called Kaiser Motors after Frazer had dropped out, was sold to Renault.