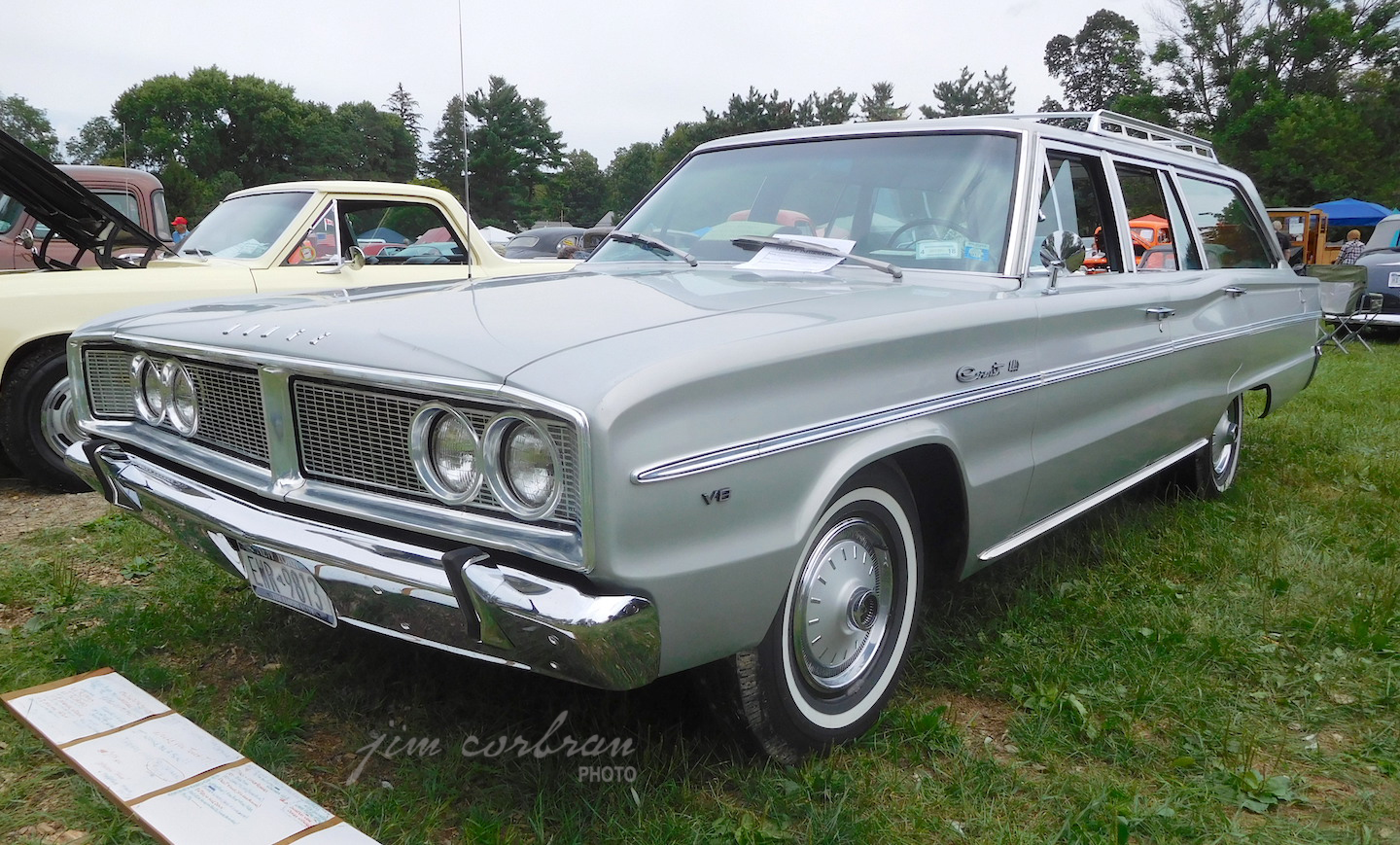 The station wagon played a large part in the suburbanization of America, and this 1966 Dodge Coronet 440 is a fine example of one of the vehicles which kids from coast-to-coast can remember rambling around in the back of in the days before stringent auto safety regulations took the fun out of a Sunday drive in the country. The 440 was the top-of-the-line Coronet wagon, and could be had with powertrains ranging from Chrysler’s Slant Six and a three-on-the-tree (but only on the six-passenger model), up to the 383CID V8 with a TorqueFlite automatic or even a four-on-the-floor. This example was seen over the summer at a car show in Allegany.