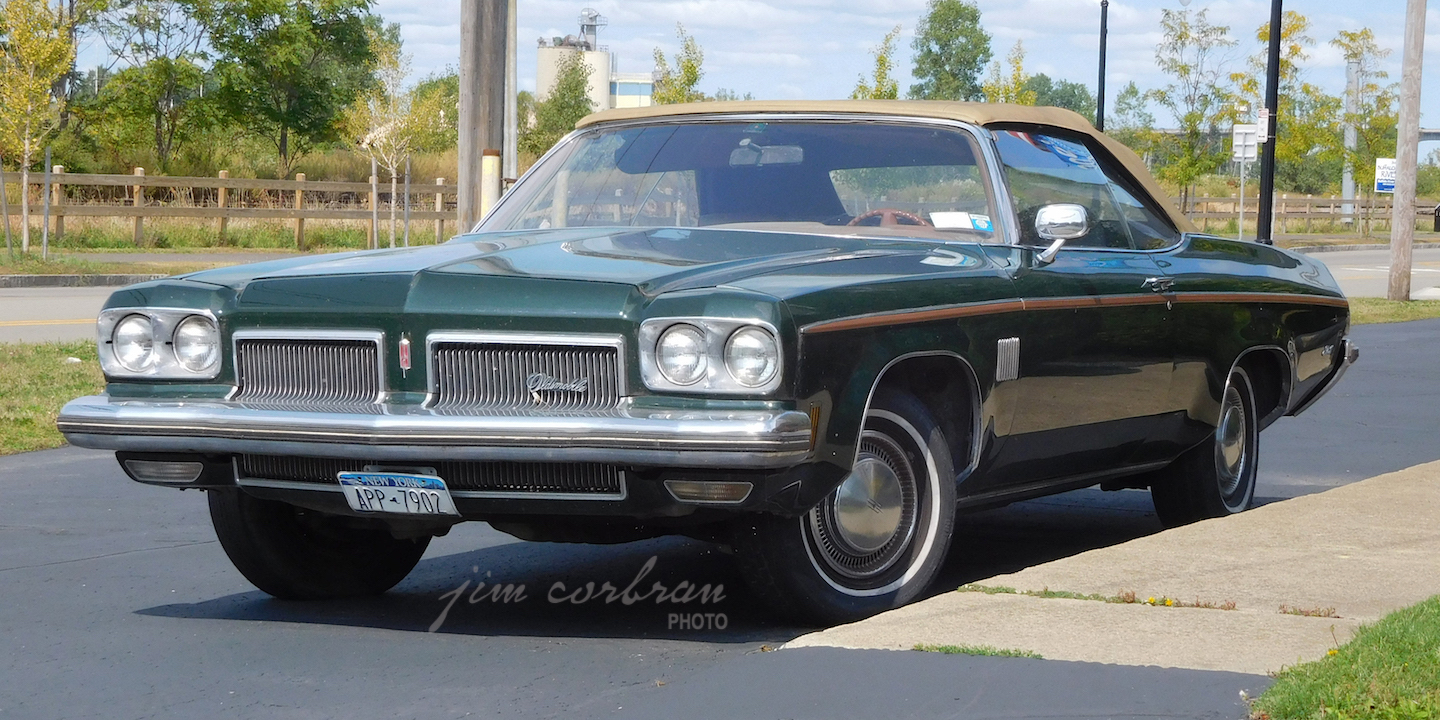 Passed this Emerald Green 1973 Oldsmobile Delta 88 Royale, ironically, driving through Buffalo’s Old First Ward on my way to last summer’s Buffalo Irish Festival at the Outer Harbor. This was Olds’ only convertible for 1973, and it would soldier on for another two model years before being dropped. It would be the last Oldsmobile drop-top until the 1990 Cutlass Supreme made an appearance. It too went away, after the 1995 model year. And that, was that.