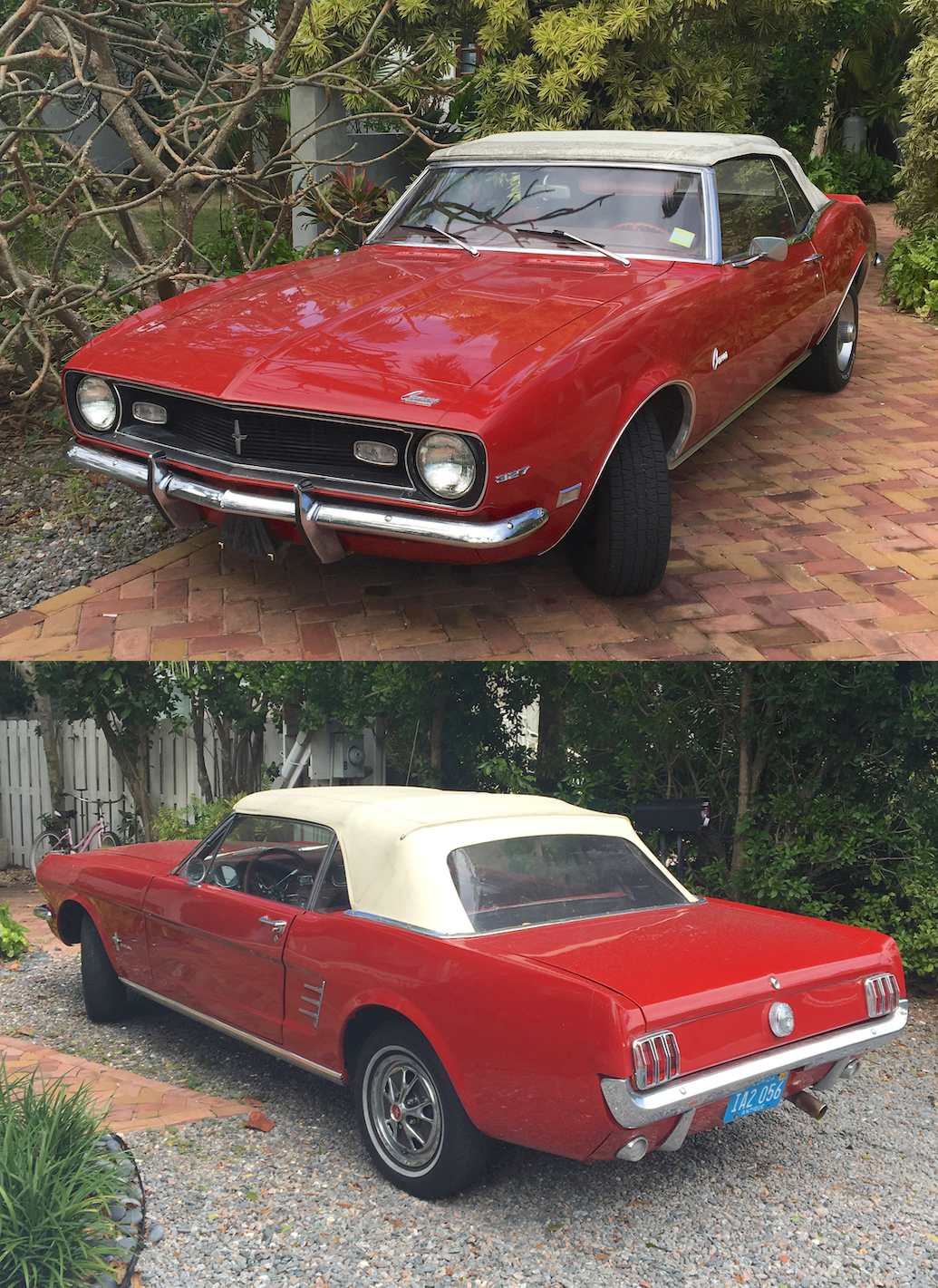 
Back in the day the Chevy/Ford Feud was in full swing, with many car owners professing complete loyalty to one or the other (yes, or Mopar). Some families however, had members on both sides, which probably led to some great dinner-table discussions. Vacationing Hamburg expat Rick Lapp came upon this 1966 Ford Mustang and 1968 Chevy Camaro parked in the same Key West driveway a couple of weeks ago. From here, both are winners. (Readers might have their own opinions!)