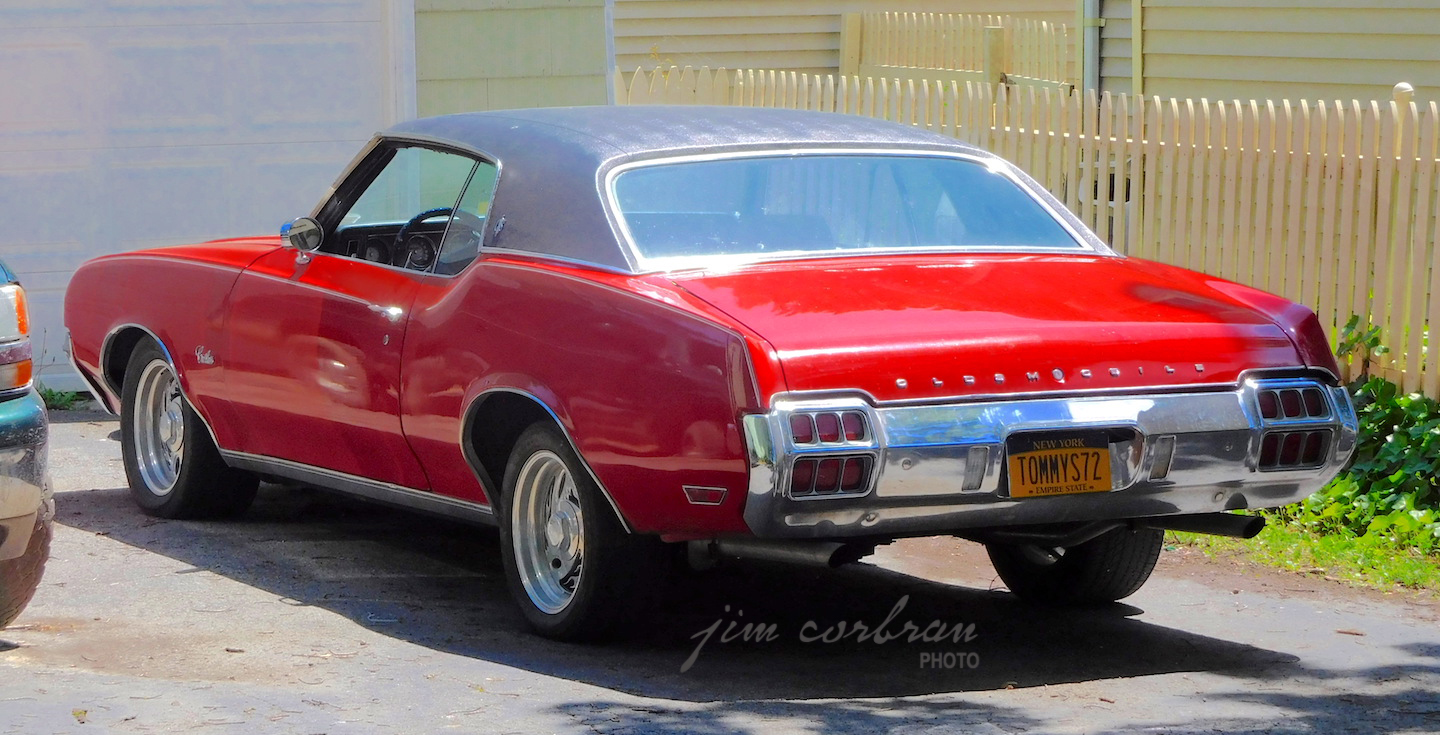 I’m not much of a betting man, but if I were I’d lay odds that this 1972 Oldsmobile Cutlass Supreme is owned by a guy named Tommy. He might even hang around in Tonawanda, where I found this car last summer not far from the RealRides head office. There were two different two-door hardtop rooflines offered in Olds’ mid-size lineup in 1972: this “elegantly formal roofline” which came on the Cutlass Supreme, and a sportier fastback, seen on the lower-priced Cutlass S and Cutlass models.