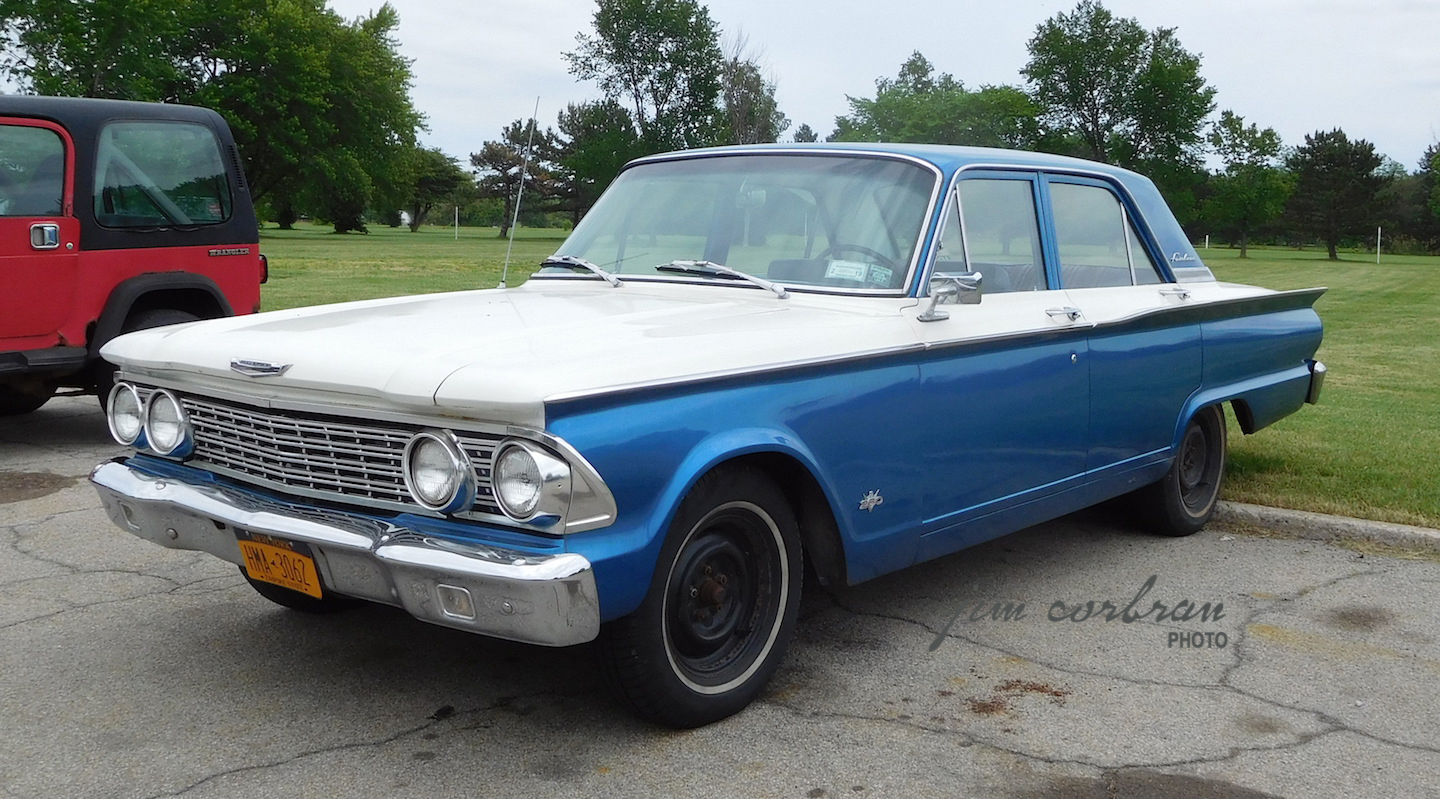 The two-tone combination on this 1962 Ford Fairlane isn’t factory (see illustration at bottom for the factory’s offering), but that doesn’t make it any less interesting. This was the first year for Ford’s new mid-size entry, which slotted between the compact Falcon and the bigger Galaxies. Only four models were offered: Fairlane and Fairlane 500 two- and four-door sedans. Two station wagons would debut in model year 1963. Not a car you see very often anymore, even though almost 300,000 of them were made, including the Fairlane 500 Sport Coupe which came along mid-year. Saw this one, with the optional 260CID V8, over the summer in Tonawanda.