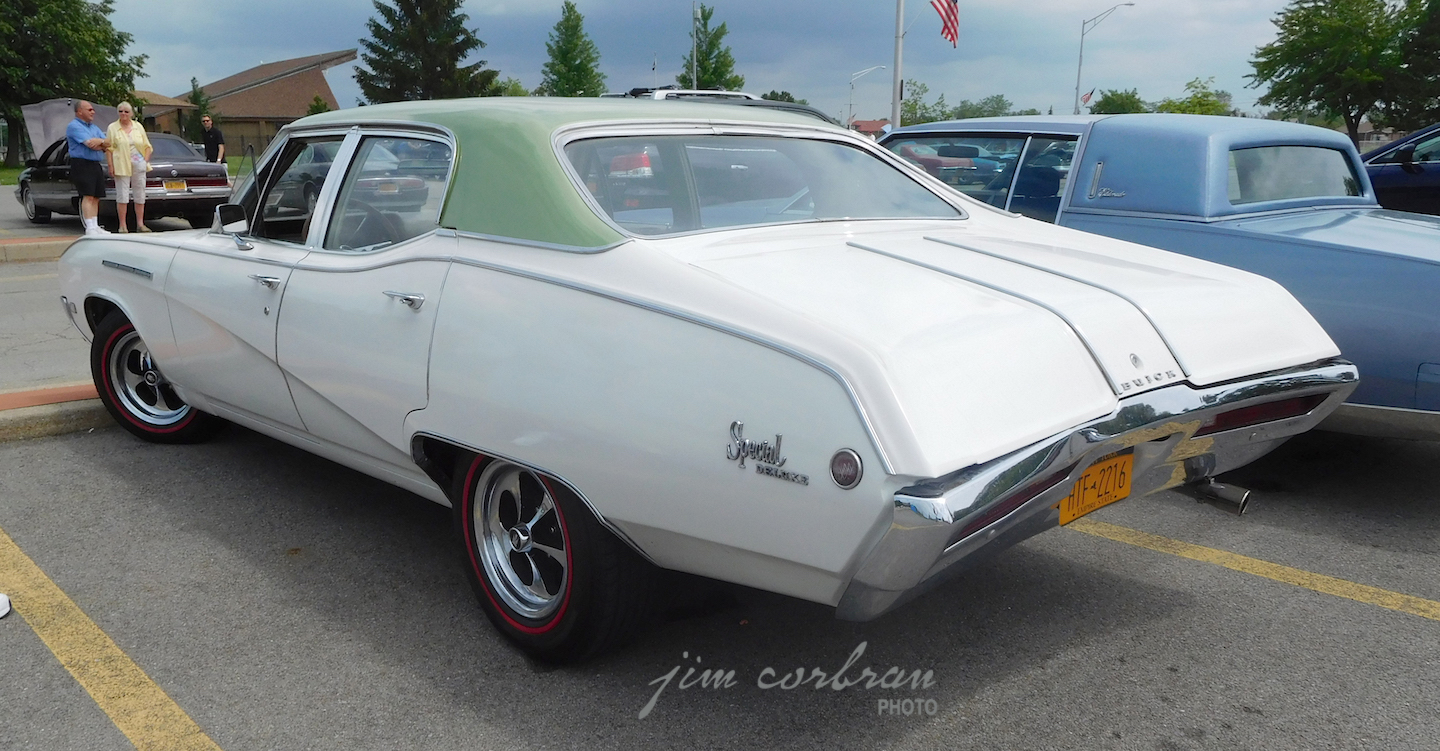 Speaking of cars not that old which you rarely see anymore, here’s a 1968 Buick Special Deluxe, seen in the spectators’ lot at last year’s All-Buick Car Show at Cheektowaga Town Park. Buick certainly produced a lot of them, but it seems like most of the cars which were saved from this era are the two-door models. Now that prices are rising on these cars, four-door versions are getting a second look by enthusiasts. Too bad there aren’t more of them around. I like ‘em better!