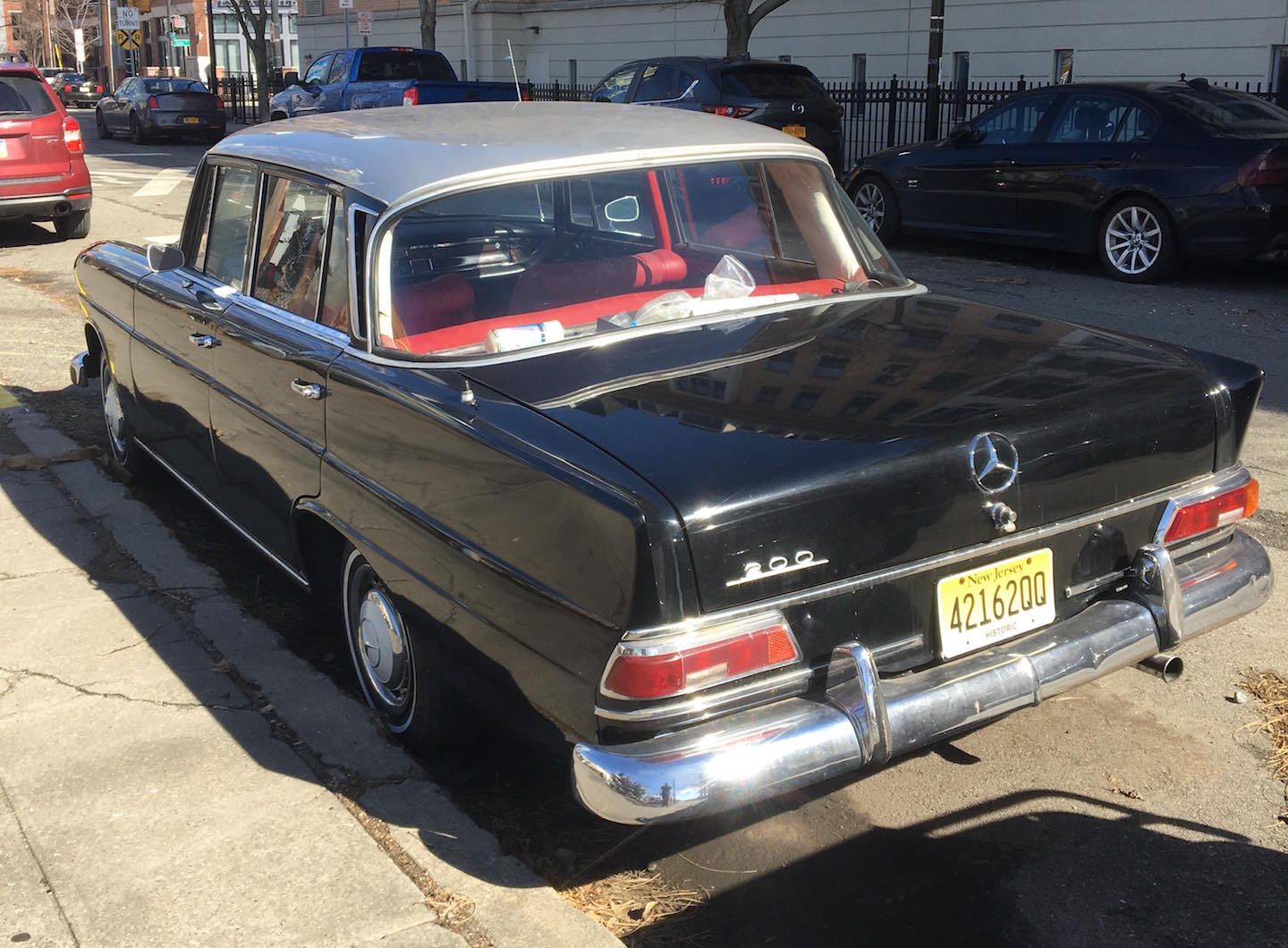 Also known as the W110, the Fintail, or, in German, the Heckflosse,

this Mercedes-Benz 200 is another example of FormerWNYersFindingRealRides. Today’s beautiful, two-toned example really took the scenic route to get here: it was found by Rick Lapp, formerly of Hamburg and now residing in Pennsylvania, on a recent trip to Jersey City. The 200 was produced from 1965-68, and featured a 2.0L four-cylinder inline engine. A little over 70,000 of them were produced. Other models in the series were a diesel (200D), and a six-cylinder (230) — the diesel being the most popular with over 161,000 sales.