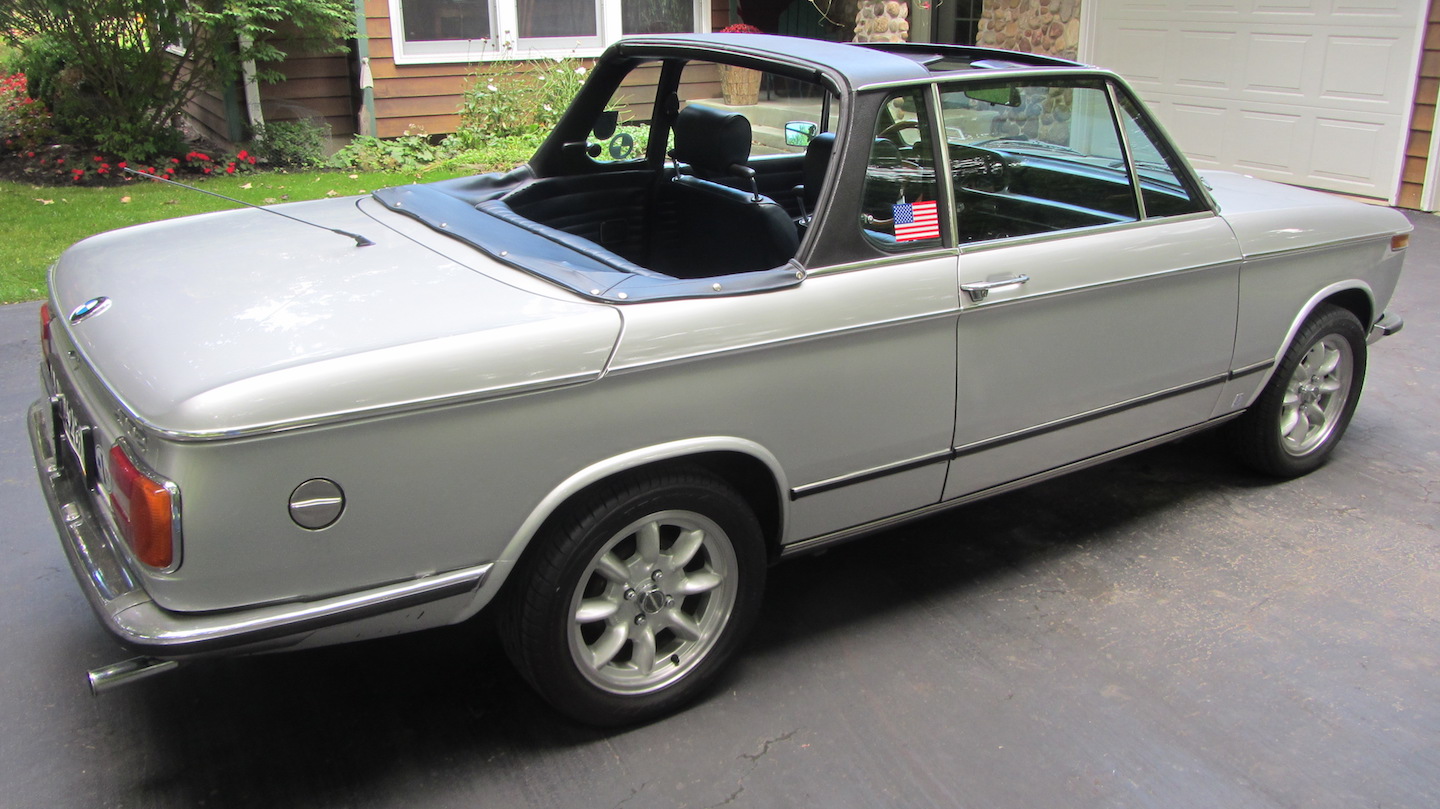 According to East Aurora resident and 1974 BMW 2002 Baur Cabrio owner Stan Kujawski, only 1,963 of these were converted by the Baur Coachwerks in Stuttgart, Germany from 1971-75 (285 of them were 1974 models). They all started life as BMW 2002 coupes, and were given targa-type tops which consisted of a removable stowable rigid hatch over the front seats and a folding convertible top over the rear seats, separated by a roll bar. Stan wanted to get his RealRide in before selling the car later this year. Nice!