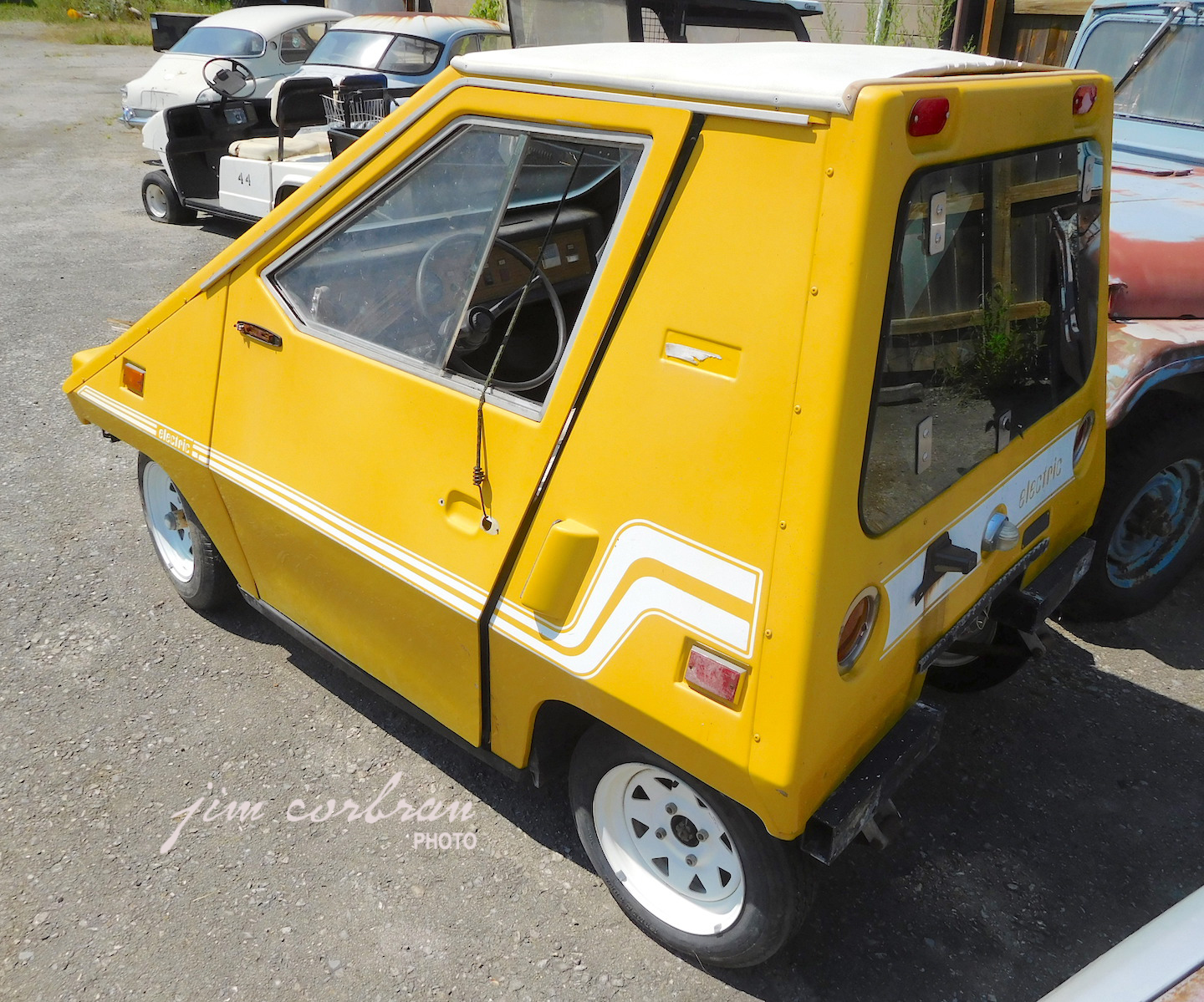 I’m guessing that this mid-1970s Sebring-Vanguard CitiCar didn’t spend a lot of time in the wind tunnel while undergoing development (they were built from 1974-77). Early versions of the car had a top speed of 26 mph, and were “powered” by a 3-hp electric motor. Later on, production was taken over by an outfit called Commuter Vehicles, Inc., who renamed it the Comuta-car (from 1979-82). Power was upped to an astounding 6 hp. Saw this one last summer in Youngstown.