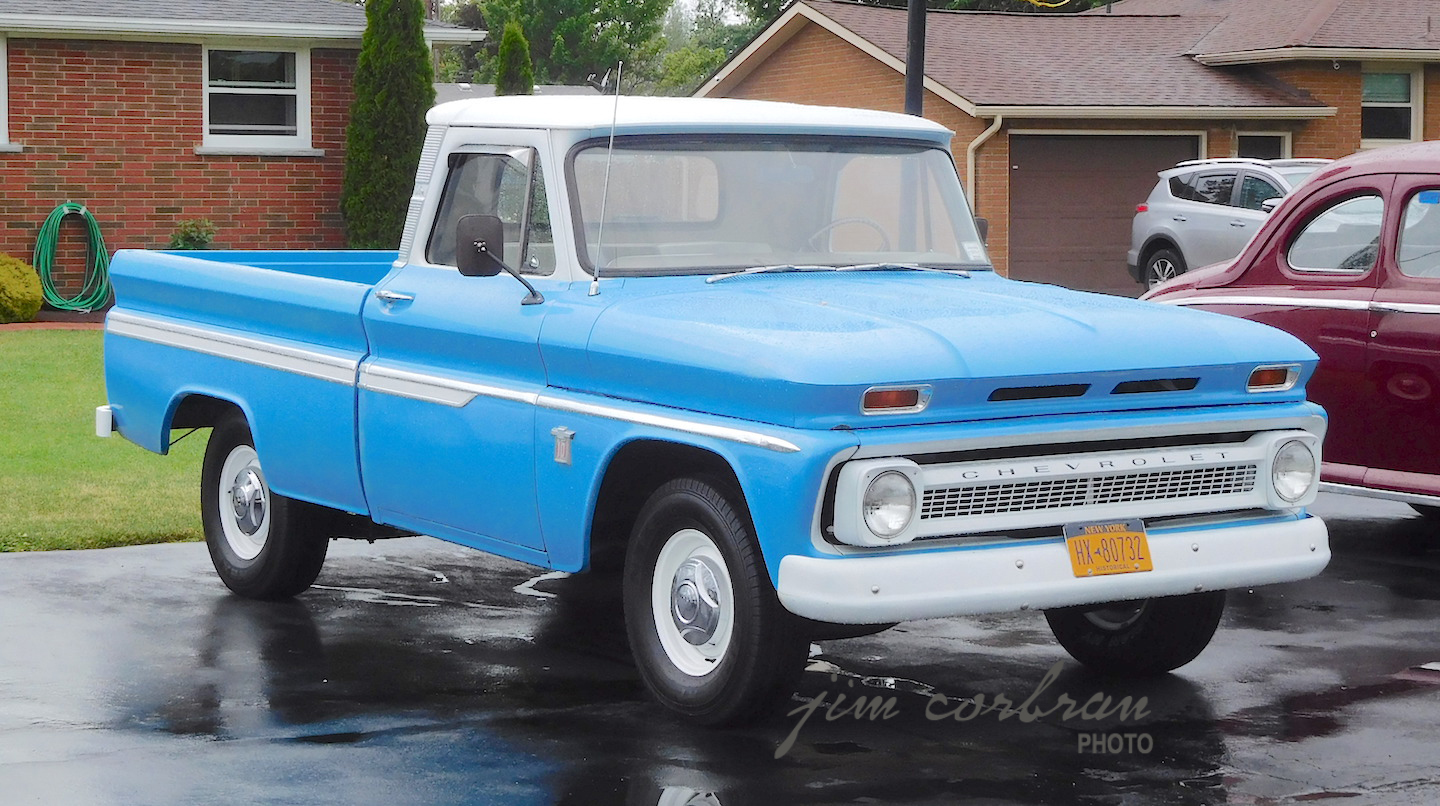 Here’s a 1964 Chevy C10 Fleetside half-ton pickup, seen last year in Wheatfield. This one has the shorter 6-1/2-ft bed (an 8-ft bed was also offered). Standard powerplant was the 230 Six, while the bigger 292 Six and the 283 V8 were optional. Two different three-speed manuals and a four-speed manual were available, along with a two-speed Powerglide automatic. Stepside versions were also offered with 6-1/2, 8, and 9-ft beds.