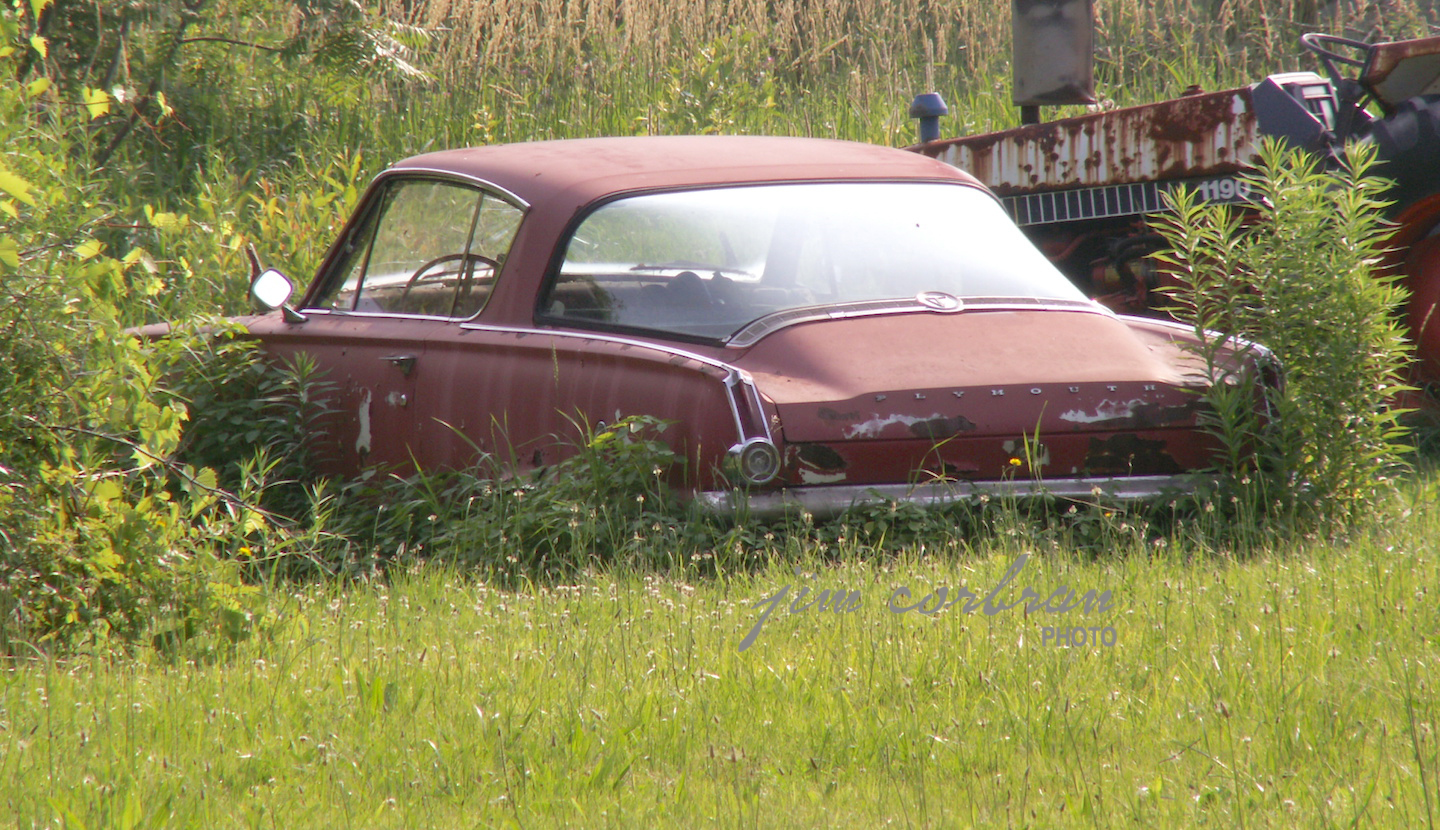 Day 5 of “Parked But Hopefully Not Forgotten” week…


This 1965 Plymouth Barracuda, seen quite a few years ago outside Mayville, is an example of what technically was the first pony car… even though they weren’t really called that until the arrival of Ford’s Mustang, which came more than two weeks later on April 17, 1964; the Barracuda bowed on April Fools Day. The 1964 model can be distinguished from the ’65 by the placement of a Valiant badge on the right side of the trunk lid. The lack of mounting holes tells us that this one doesn’t appear to ever have had one.