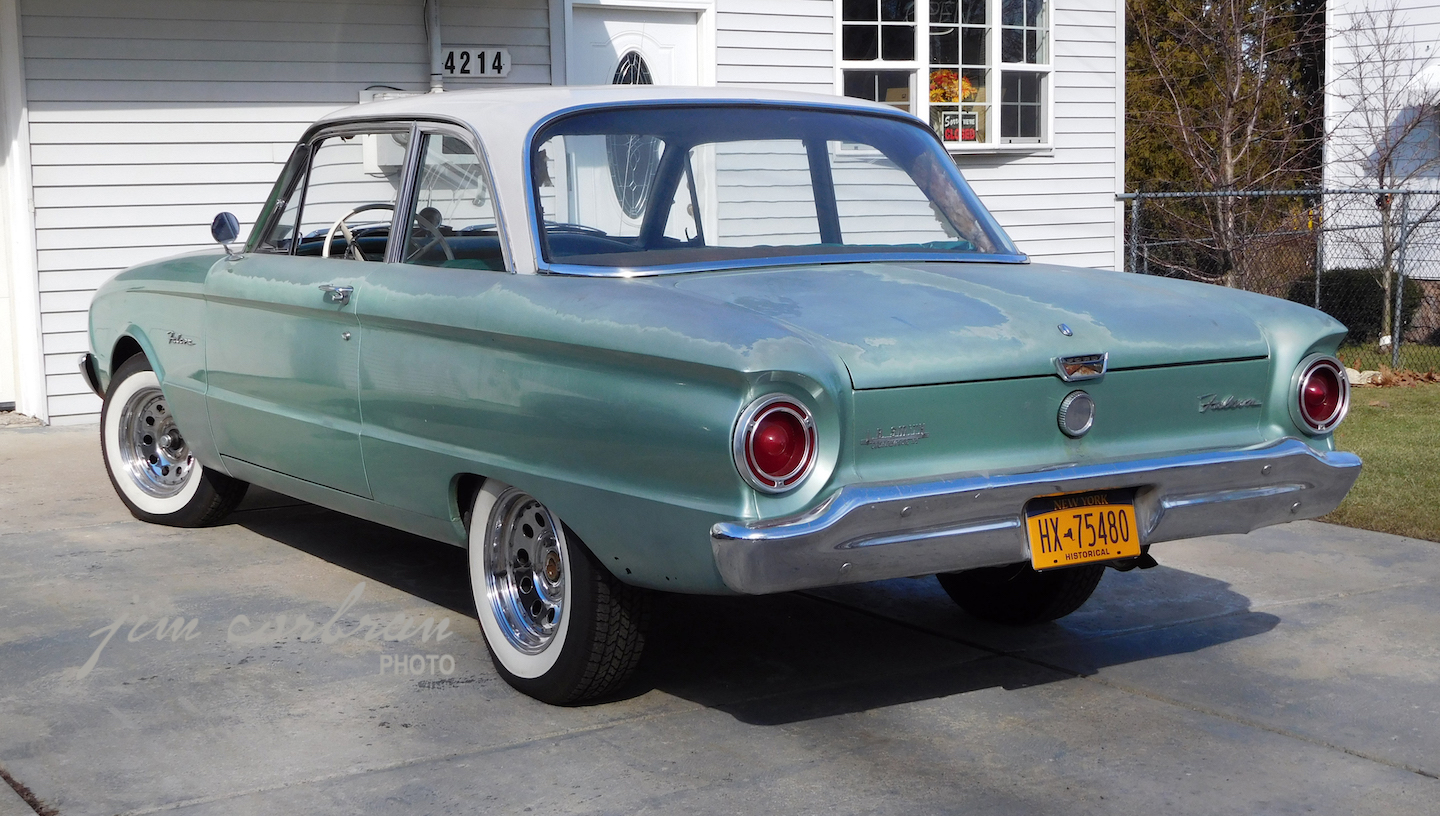 Hard to imagine, but this 1960 Ford Falcon evolved into the über success which was the original Mustang. While the Mustang had a much more sporty body and interior, underneath it wasn’t much more than Ford’s compact Falcon, which itself was a huge sales success, racking up over 435,000 sales in its debut year of 1960. This example, wearing non-stock tires & rims, was spotted last year in Hamburg.