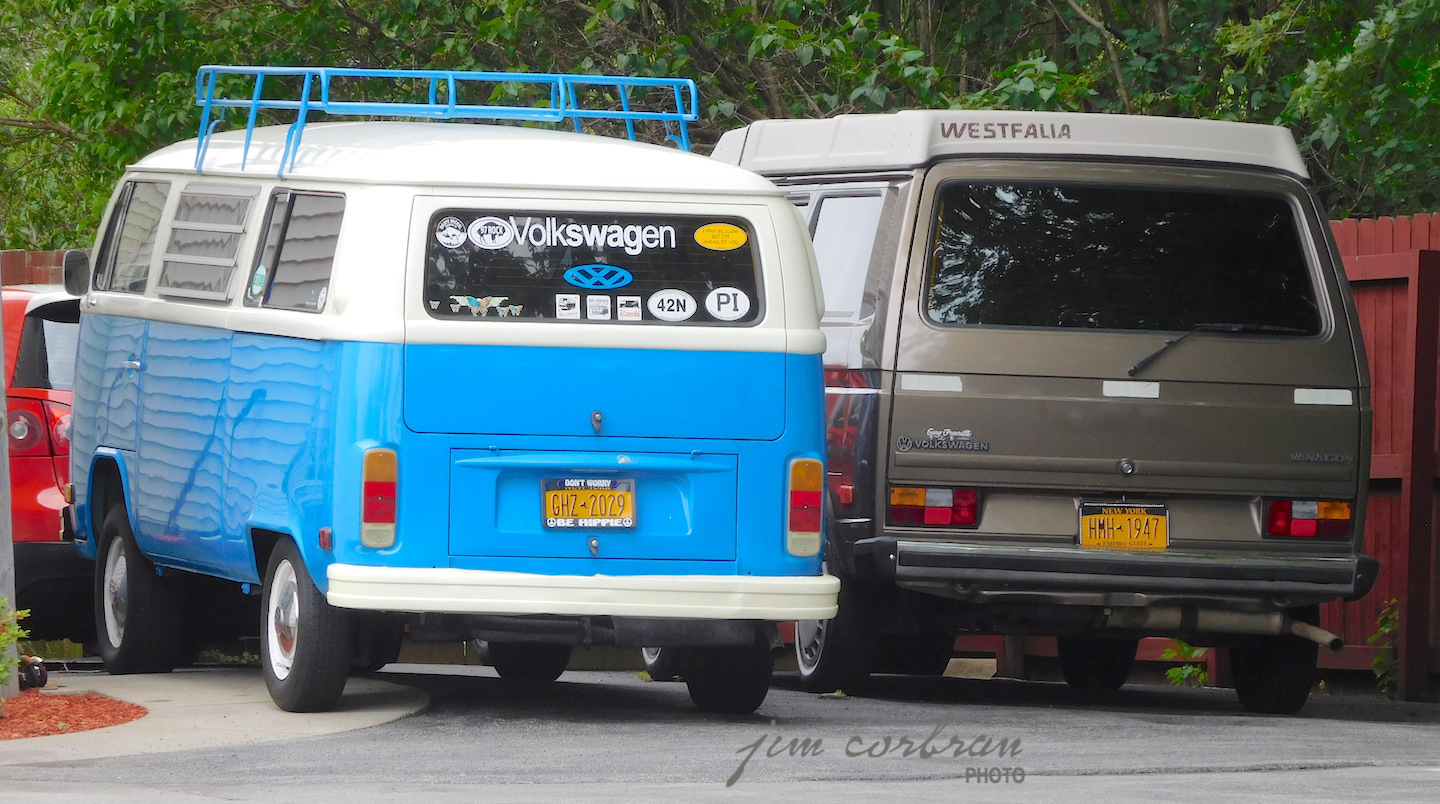 We’ve seen the blue & white bus before, but here it is again, this time paired with a mid-1980s VW Vanagon Westfalia camper. I’ve always found VW’s Bus naming process confusing. The first gen, 1950-67, was called the Type 2 T1, while the second gen (1968-79) was the Type 2 T2. The Vanagon pictured here is of the third generation (1980-92), the Type 2 T3, and it’s the first VW bus to actually have a badged model name in the U.S. — Vanagon. Subsequent Buses went by the moniker Eurovan here in the States, which I believe is the last VW van we’ve seen here, not counting the badge-engineered Routan which was a thinly-disguised Chrysler Town & Country. Today’s two Type 2s were seen last year in Lancaster.