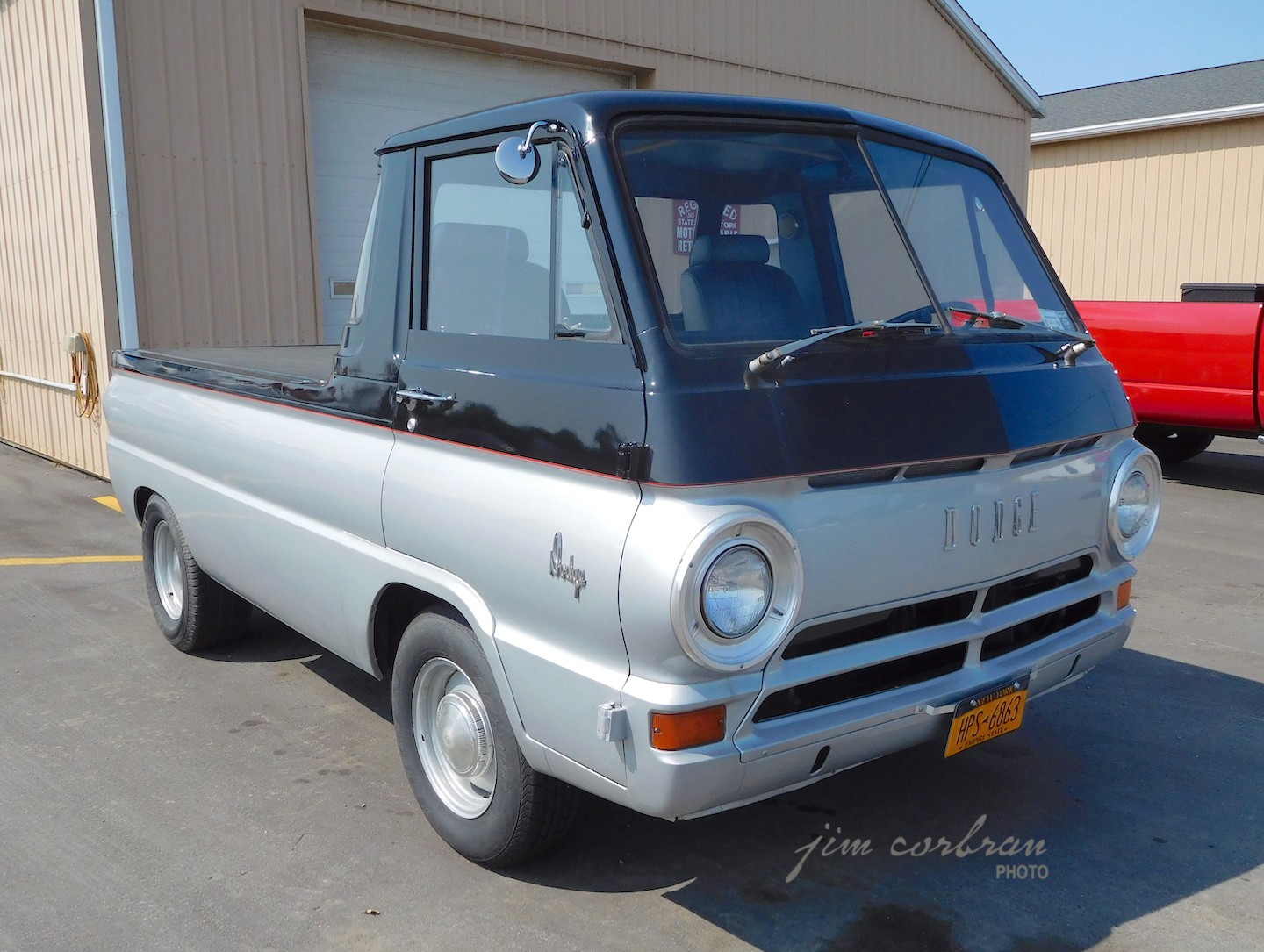 Talk about cab-forward design! Here’s a 1969 Dodge A100 pickup, seen a couple of summers ago in Angola. I always wondered how these things didn’t somersault during hard braking. Dodge was a little late to the compact pickup party, following in the footsteps of VW, Ford, & Chevy, all of whom had small vans & pickups from the 1950s (VW Type 2) & early 1960s (Chevy Corvair & Ford Falcon Econoline). The A100 was also available as a family chariot-type bus with windows & seats, as well as a windowless delivery van. Produced from 1964-70, the A100 gave way to the B-series of vans for MY 1971, which moved the engine out front under the hood and out of the passenger compartment.