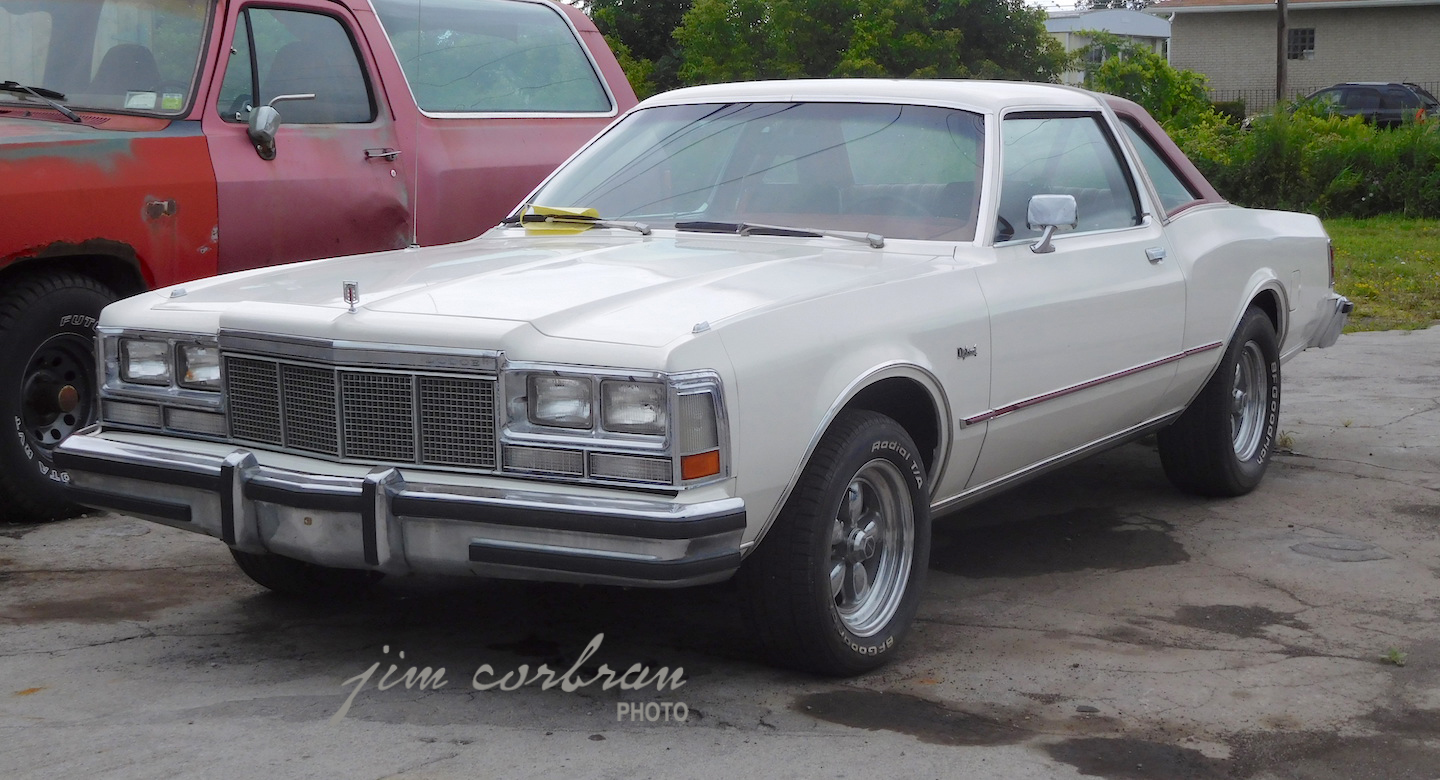 Here’s another one of those cars which were produced by the tens of thousands, but you almost never see one today — a 1978 Dodge Diplomat Medallion two-door. These are probably more recognized in the four-door versions, which lived on much longer (1977-81 for the two-door, vs 1977-89 for the four-door — many of which were taxis and/or police cruisers). There was also a station wagon version from 1977-81 which you literally never see anymore. No, really, never! (Oddly enough, I was so taken aback by this two-door that I can’t remember where I saw it.)