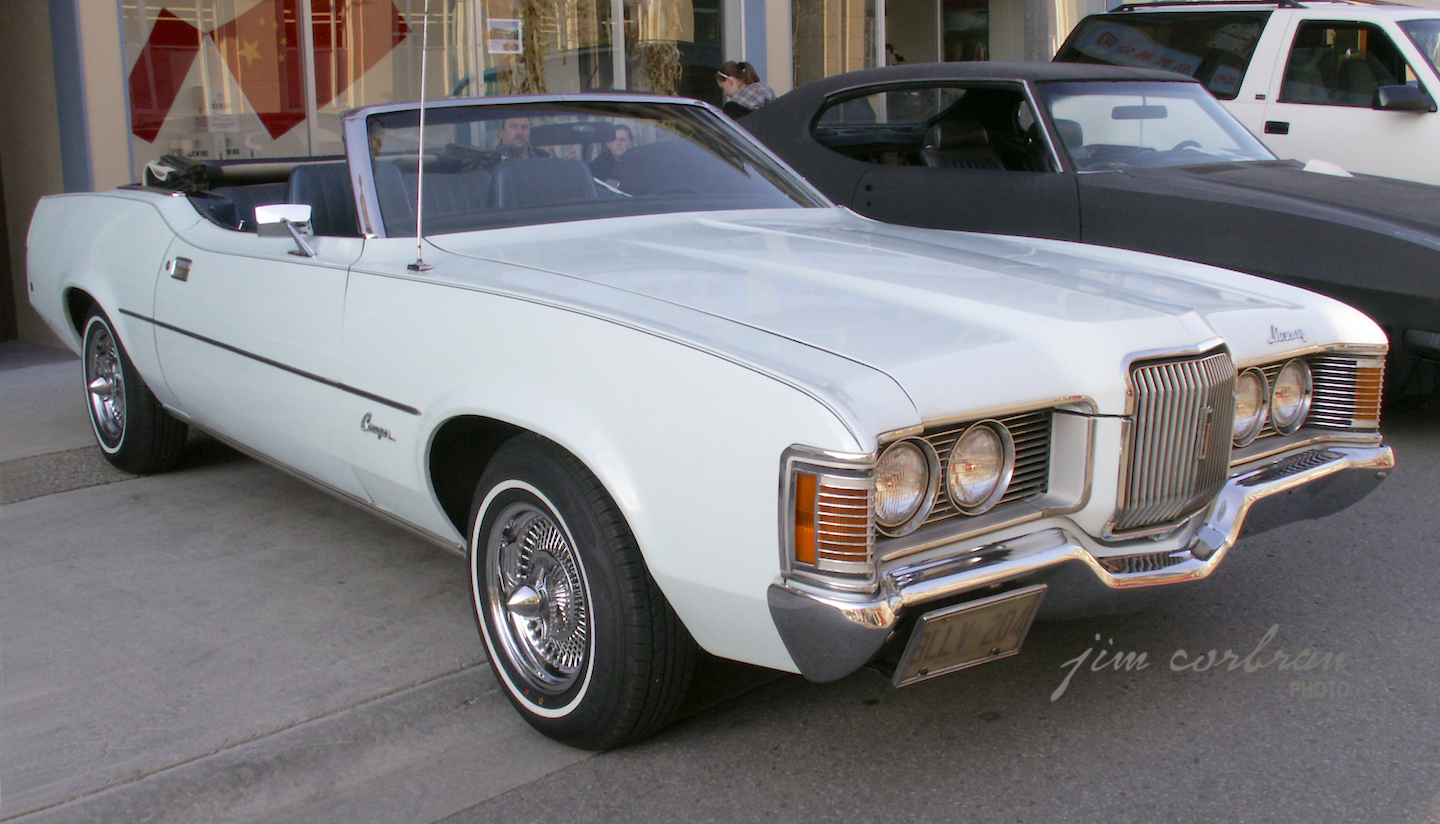 If you think this 1972 Mercury Cougar is rare, you are correct. Only 3,169 of them were built; 1,929 were the higher-priced XR-7, while only 1,240 of the base model like this one were produced. This was the second generation of Mercury’s Mustang cousin, which Mercury branded a luxury sports car. By this time they were getting rather large for a sports car, but not as large as the third generation, which would appear on the intermediate Montego chassis for 1974, where it morphed into the personal luxury class. Saw this rare white drop-top last summer at a weekly (Tuesdays) Cruisin’ On the Q show in Niagara Falls, Ontario.