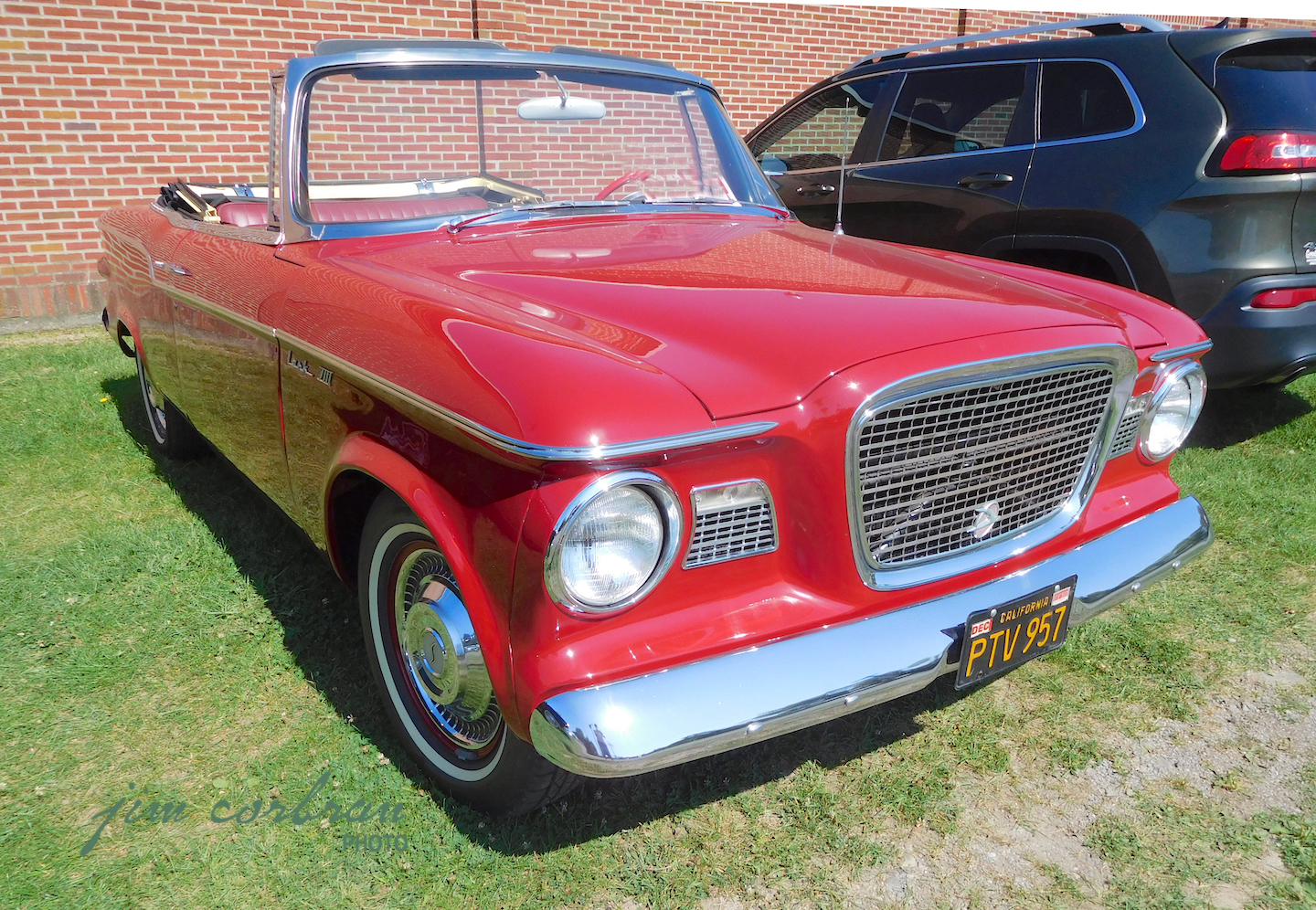 The Big Three had introduced their compacts for model year 1960, giving some competition to the already established Rambler American and Studebaker Lark. One thing the Lark had going for it was a proliferation of body styles, including a convertible, which none of the other four offered yet at that time. This 1960 Studebaker Lark is a Mark VIII, which means it was equipped with the South Bend manufacturer’s 259 cu. in. V-8. An available V-8 was also exclusive to the Lark in the domestic compact class. For the time being. Saw this one last summer in Dunkirk.