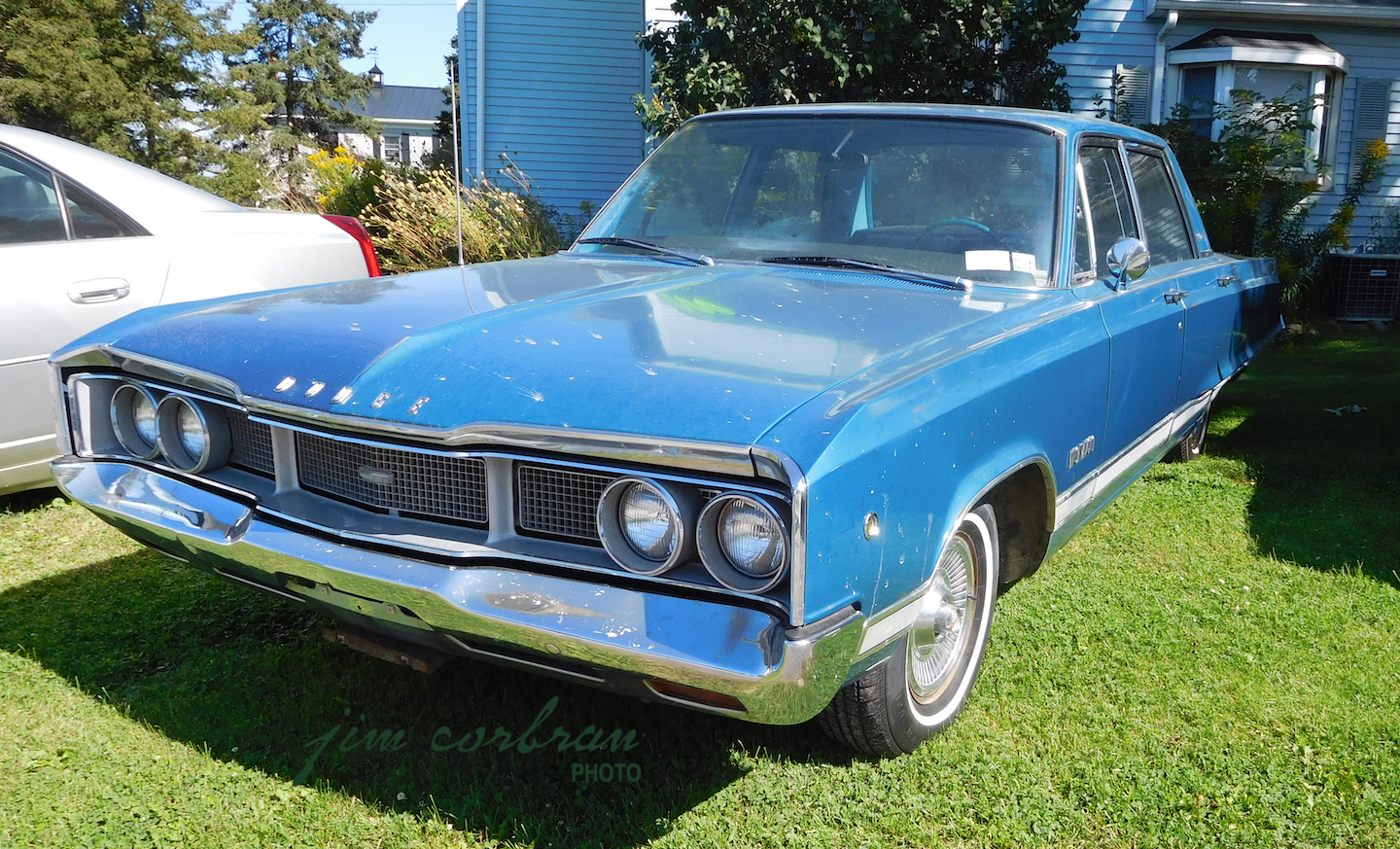 Nothing quite says full-sized sedan better than a big Mopar from the mid-1960s. This 1968 Dodge Monaco is a prime example of the Chrysler Corporation’s sharp-edged styling of the era. Squared-off roofs and angled front and rear ends were prominent on all big Plymouths, Dodges, and Chryslers in 1967-68, but this would all go by the wayside the following year with the introduction of Mopar’s fuselage body shapes, introduced on all of the big cars for 1969. Found this blue sedan last summer in Albion.